VANCOUVER, BC – Kevin Annett, North American field secretary of the International Tribunal into Crimes of Church and State (ITCCS.ORG) has revealed that Pope Francis Bergoglio on Nov. 25, 2014 met secretly in Strasbourg, France, the seat of the European Parliament, with Russian and Dutch diplomats. The Alitalia plane on which the Pope traveled returned to Rome within four hours of its departure.

According to Kevin Annett, the Pope’s meeting Russian diplomats was in furtherance of arrangements through Deutsche Bank of the Vatican’s financial contribution to the BRICS central bank, of which Russia, under Vladimir Putin, is a central founder. The Pope’s meeting with Dutch diplomats may have been in furtherance of the Pope’s having provided credentials for Dutch Queen Maxima when she was the Argentine Máxima Zorreguieta Cerruti, whose father was a Minister in the military Junta and an associate of then Jesuit Archbishop of Buenos Aires Jorge Bergoglio. According to ITCCS witnesses, Pope Francis Bergoglio was paid a $500,000 secret personal fee in order to certify Maxima as free to marry the heir to the Dutch throne Willem-Alexander.

On July 18, 2014, In the Matter of The People v. Bergoglio et al (Case Docket No. 18072014-002), Pope Francis [fusion_builder_container hundred_percent=”yes” overflow=”visible”][fusion_builder_row][fusion_builder_column type=”1_1″ background_position=”left top” background_color=”” border_size=”” border_color=”” border_style=”solid” spacing=”yes” background_image=”” background_repeat=”no-repeat” padding=”” margin_top=”0px” margin_bottom=”0px” class=”” id=”” animation_type=”” animation_speed=”0.3″ animation_direction=”left” hide_on_mobile=”no” center_content=”no” min_height=”none”][Jorge Mario Bergoglio] and other defendants were found guilty by the International Common Law Court of Justice in Brussels “of aiding and abetting Crimes against Humanity, including murder and human trafficking, and of personal involvement in those crimes. Their guilt has been ably presented and proven beyond any reasonable doubt by the Prosecution.”[1]

In his interview, Kevin Annett stated that Common Law Sheriffs of the ITCCS.ORG would be issuing and enforcing stand-down orders against Royal Canadian Mounted Police deployed at the site of the proposed Kinder-Morgan oil pipeline project to take Alberta tar sands oil to China. The pipeline, opposed by First Nation and community groups on environmental grounds, is now guarded by RCMP detachments.

Today, ITCCS stand-down orders have been issued against RCMP by the Vancouver-based West Coast Common Law Court of Justice “in the wake of illegal arrests and violent ‘gestapo tactics’ by RCMP officers against peaceful protestors opposing the desecration of forests on Burnaby mountain by the Kinder-Morgan corporation.”

Copies of the Stand Down Order were given to RCMP officers today and delivered to the RCMP Superintendent in Ottawa by Court appointed Peace Officers.

Kevin Annett reported that Pope Francis Bergoglio may be shuffling the newly consecrated Cardinal Francois LeCroix of Montreal. The ITCCS.ORG revealed in Oct. 2014 that Canadian Harper government Cabinet minister and Cardinal LeCroix had participated in a February 22, 2014 secret ritual sacrifice of a young boy in a church next to the Jesuit headquarters on Borgio Santi Spiritu in Rome.[2]

Kevin Annett announced during the interview that he would be joining a Transhumanist Agenda War Crimes Tribunalannounced on Nov. 20, 2014 at the Covert Harassment Conference in Brussels. The mission of the Citizen’s Tribunal is to prosecute, try, adjudicate, sentence, and enforce against perpetrators at all levels in the Transhumanist Agenda including the use of new physics torture and mind control/robotization weapons; the use of mind-control technologies in any and all human settings; and the robotization of humans.

Former Belgian Parliament MP Laurent Louis has agreed to serve as Prosecutor for the Tribunal.[4]

WATCH ON YOU TUBE 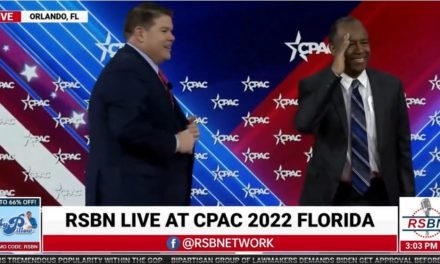