The Law of Love

“Do unto others as you would have them do unto you.”

“Natural Law”— the Law of Freewill

“And so long as it harms none, do what ye will.”

The Absolute “Rights of Man”

The absolute “Rights of Man” considered as a free agent, Endowed with discernment to know “Good from Evil” and with power of choosing those measures which appear to him to be most desirable, are usually summed up in one general appellation, and denominated “The Natural Liberty of Mankind.” This Natural Liberty consists properly in a power of acting as on thinks fit, without any restraint or control unless by the Law of Nature, being a right inherent in us by birth, and one of the gifts of God to man at his creation when he endowed him with the faculty of free will. (1 Comm. C. “Spirit of Laws”)

“When the people fear the government you have tyranny,

“When the government fears the people you have liberty;” Thomas Jefferson 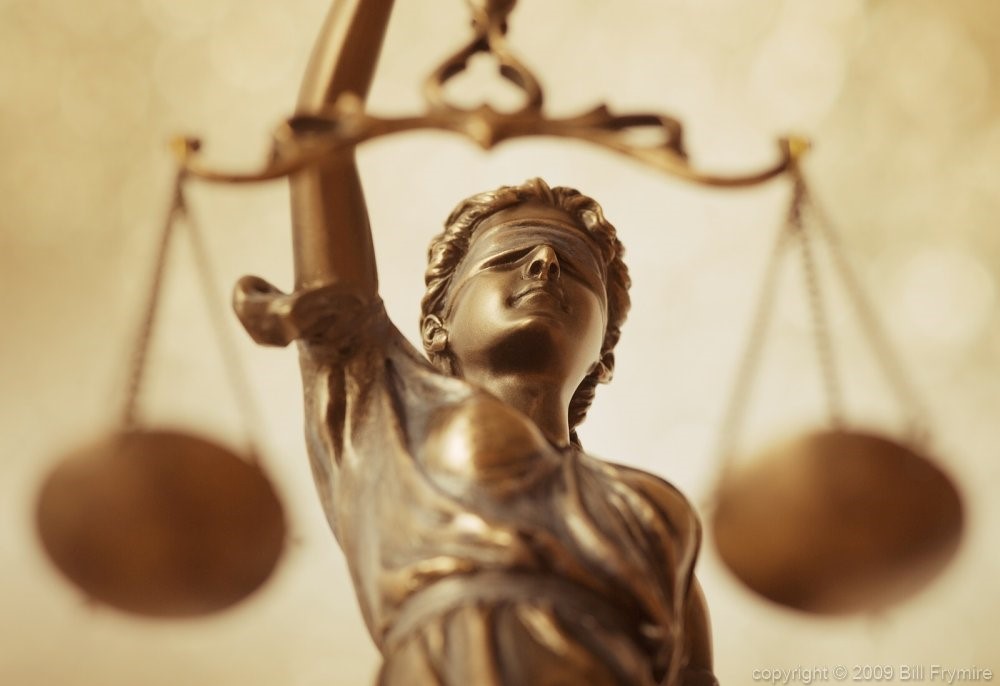 “Democracy is the most vile form of government… democracies have ever been spectacles of turbulence and contention… incompatible with personal security or the rights of property.”
—James Madison

We have been educated in Government schools and told that a Democracy will give us freedom, why then was the United States of America founded as a Republic? And what is the difference between a Republic and a Democracy?

A Republic is Rule by Law, “God’s Law’s”

A Democracy is rule by Man’s Law’s, “Mob Rule”

Ancient Doctrine of the Common Law

Rights of the People

The Great Charter, C. 29 has declared that no freeman  shall be disseised or divested of his freehold, or of his liberties or free customs (or be outlawed, banished or otherwise destroyed, nor shall the King pass or send upon him) but by the judgement of his peers or by the law of the land;

Another effect of the Right of private property is, that no Subject of England can be constrained to pay any aids or taxes, ever for the defense of the realm, or the support of the government, but such as are imposed by his own consent or that of his representatives in Parliament.

Liberty is a word of utmost importance to mankind that they should clearly comprehend; for through a genuine “Spirit of Liberty” is the Noblest principal that can animate the heart of man and that is what we are presenting here to those who would choose to be choosen and to those who have eyes to see and ears to hear for the

In its most general signification, is said to be a power to do as one thinks fit; by the Law of the land: and it is well observed, that human nature is never an advocate for this Liberty; it being the gift of God to man in his creation; therefore everything is desirous of it, as a sort of restitution to its primitive state. Fortest.96  It is upon that account the laws of England in all cases favor Liberty, and which is accounted very precious, not only in respect of the profit which everyone obtains by his Liberty, but  also in respect of the public.  2 Lil.  Abr.  169.

According to Montesquieu, Liberty consists principally in not Being compelled to do any thing which the law does not require; because we are governed by civil law and therefore we are free, living under those laws.  Spirit of Laws, lib.26. c.20

The absolute “Rights of Man” considered as a free agent, Endowed with discernment to know “Good from Evil” and with power of choosing those measures which appear to him to be most desirable, are usually summed up in one general appellation, and denominated “The Natural Liberty of Mankind.” 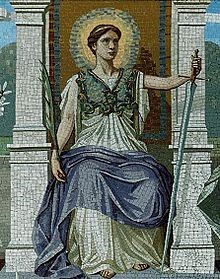 Mosaic representing both the judicial and legislative aspects of law. The woman on the throne holds a sword to chastise the guilty and a palm branch to reward the meritorious. Glory surrounds her head, and the aegis of Minerva signifies the armor of righteousness and wisdom.

In England the King was regarded as the “Fountain of Justice” and when any person conceived that he had been wronged, either in court or out of court, he had the privilege of petitioning the King for redress.

King unable to personally address so many petitions gave full authority to the Chancellors office to give relief in all matters of “Grace,” as these applications for redress were termed; and from this period time period petitions began to be addressed to the Chancellors themselves; and not the King. This delegation of authority was made in the year 1348; and, in the next fifty years, the Equity jurisdiction of the Chancellor was clearly established.

The jurisdiction of the Chancellor being thus established upon Grace and Conscience.

The role of equity is to supplant the Common Law and to provide remedies where the common law remedies are inadequate or non-existent. The Court of Equity was the Court of Conscience.

Maxims of equity are not a rigid set of rules, but are, rather, general principles which can be deviated from in specific cases. Snell’s Equity, an English treatise, takes the view that the “Maxims do not cover the whole ground, and moreover they overlap, one maxim contains by implication what belongs to another. Indeed it would not be difficult to reduce all under two: ‘Equity will not suffer a wrong to be without a remedy‘ and ‘Equity acts on the person‘”.[3]