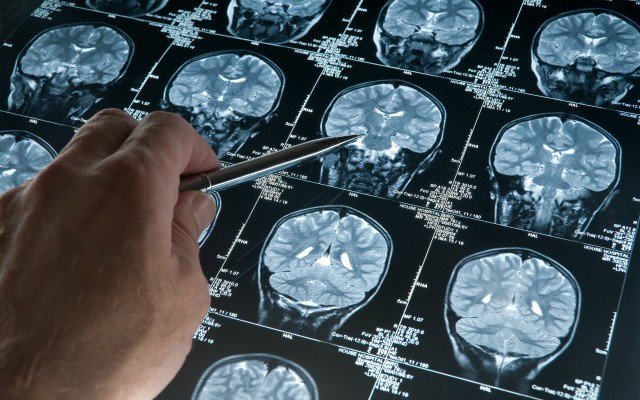 Below is a TEDx talk given by Mark Mattson, the current Chief of the Laboratory of Neuroscience at the National Institute on Aging. He is also a professor of Neuroscience at The Johns Hopkins University, and one of the foremost researchers in the area of cellular and molecular mechanisms underlying multiple neurodegenerative disorders, like Parkinson’s and Alzheimer’s disease.

I chose to include ‘Big Pharma’ in the title because that’s exactly what it is. There have been countless examples of the manipulation of published research at the hands of pharmaceutical companies in recent years. This is why Harvard Professor of Medicine Arnold Symour Relman told the world that the medical profession has been bought by the pharmaceutical industry. It’s why Dr. Richard Horton, Editor in Chief ofThe Lancet, recently stated that much of the sceintific literature published today is simply untrue. It’s why Dr. Marcia Angell, former Editor in Chief of The New England Journal of Medicine, said that the “pharmaceutical industry likes to depict itself as a research-based industry, as the source of innovative drugs. Nothing could be further from the truth.” And it’s why John Ioannidis, an epidemiologist at the Stanford University School of Medicine, published an article titled “Why Most Published Research Findings Are False” which subsequently became the most widely accessed article in the history of the Public Library of Science (PLoS).

I also chose to mention ‘Big Pharma’ because of Dr. Mattson’s comments towards the end of the video.

“Why is it that the normal diet is three meals a day plus snacks? It isn’t that it’s the healthiest eating pattern, now that’s my opinion but I think there is a lot of evidence to support that. There are a lot of pressures to have that eating pattern, there’s a lot of money involved. The food industry — are they going to make money from skipping breakfast like I did today? No, they’re going to lose money. If people fast, the food industry loses money. What about the pharmaceutical industries? What if people do some intermittent fasting, exercise periodically and are very healthy, is the pharmaceutical industry going to make any money on healthy people?”

Mark and his team have published several papers that discuss how fasting twice a week could significantly lower the risk of developing both Parkinson’s and Alzheimer’s disease.

“Dietary changes have long been known to have an effect on the brain. Children who suffer from epileptic seizures have fewer of them when placed on caloric restriction or fasts. It is believed that fasting helps kick-start protective measures that help counteract the overexcited signals that epileptic brains often exhibit. (Some children with epilepsy have also benefited from a specific high-fat, low-carbohydrate diet.) Normal brains, when overfed, can experience another kind of uncontrolled excitation, impairing the brain’s function, Mattson and another researcher reported in January in the journal Nature Reviews Neuroscience.”(source)

Basically, when you take a look at caloric restriction studies, many of them show a prolonged lifespan as well as an increased ability to fight chronic disease.

“Calorie restriction (CR) extends life span and retards age-related chronic diseases in a variety of species, including rats, mice, fish, flies, worms, and yeast. The mechanism or mechanisms through which this occurs are unclear.”

The quote above is from a review of the literature that is more than 10 years old. The work presented here is now showing some of these mechanisms that were previously unclear.

Fasting does good things for the brain, and this is evident by all of the beneficial neurochemical changes that happen in the brain when we fast. It also improves cognitive function, increases neurotrophic factors, increases stress resistance, and reduces inflammation.

Fasting is a challenge to your brain, and your brain responds to that challenge by adapting stress response pathways which help your brain cope with stress and risk for disease. The same changes that occur in the brain during fasting mimic the changes that occur with regular exercise. They both increase the production of protein in the brain (neurotrophic factors), which in turn promotes the growth of neurons, the connection between neurons, and the strength of synapses.

Fasting can also stimulate the production of new nerve cells from stem cells in the hippocampus. He also mentions ketones (an energy source for neurons), and how fasting stimulates the production of ketones and that it may also increase the number of mitochondria in neurons. Fasting also increases the number of mitochondria in nerve cells; this comes as a result of the neurons adapting to the stress of fasting (by producing more mitochondria).

By increasing the number of mitochondria in the neurons, the ability for nerons to form and maintain the connections between each other also increases, thereby improving learning and memory ability.

He also goes into the evolutionary aspect of this theory – how our ancestors adapted and were built for going long periods of time without food.

A study published in the June 5 issue of Cell Stem Cell by researchers from the University of Southern California showed that cycles of prolonged fasting protect against immune system damage and, moreover, induce immune system regeneration. They concluded that fasting shifts stem cells from a dormant state to a state of self-renewal. It triggers stem cell based regeneration of an organ or system. (source)

Human clinical trials were conducted using patients who were receiving chemotherapy. For long periods of time, patients did not eat, which significantly lowered their white blood cell counts. In mice, fasting cycles “flipped a regenerative switch, changing the signalling pathways for hematopoietic stem cells, which are responsible for the generation of blood and immune systems.”

This means that fasting kills off old and damaged immune cells, and when the body rebounds it uses stem cells to create brand new, completely healthy cells.

“We could not predict that prolonged fasting would have such a remarkable effect in promoting stem cell-based regeneration of the heatopoietic system. . . . When you starve, the system tries to save energy, and one of the things it can do to save energy is to recycle a lot of the immune cells that are not needed, especially those that may be damaged.  What we started noticing in both our human work and animal work is that the white blood cell count goes down with prolonged fasting. Then when you re-feed, the blood cells come back. ” – Valter Longo, corresponding author (source)

A scientific review of multiple scientific studies regarding fasting was published in The American Journal of Clinical Nutrition in 2007. It examined a multitude of both human and animal studies and determined that fasting is an effective way to reduce the risk of cardiovascular disease and cancer. It also showed significant potential in treating diabetes. (source)

Before you fast, make sure you do your research. Personally, I’ve been fasting for years, so it is something that comes easy for me.

One recommended way of doing it — which was tested by the BBC’s Michael Mosley in order to reverse his diabetes, high cholesterol, and other problems that were associated with his obesity — is what is known as the “5:2 Diet.” On the 5:2 plan, you cut your food down to one-fourth of your normal daily calories on fasting days (about 600 calories for men and about 500 for women), while consuming plenty of water and tea. On the other five days of the week, you can eat normally.

Another way to do it, as mentioned above, is to restrict your food intake between the hours of 11am and 7pm daily, while not eating during the hours outside of that time.

Bottom line, how you think about you’re diet is, in my opinion, one of the most, if not the most important part of staying healthy. How you think about what you are putting in your body is important, and I believe this will eventually be firmly established in the untainted, unbiased, uninfluenced medical literature of the future.

We’re incredibly passionate about what we do because we know the world NEEDS conscious media. The world is confusing and mainstream media is often making it worse – making what we do even more important.

Producing news is costly! So we opened up a store. to help support our work and expand it while giving people something in return as.

Everything in our store so far is in line with what we believe in and all proceeds support what we do. 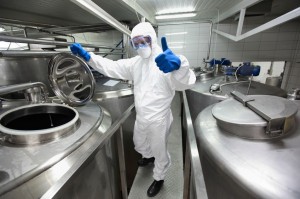 The Cancer-Causing Metal Millions Eat, Wear or Have Injected Into Their Kids