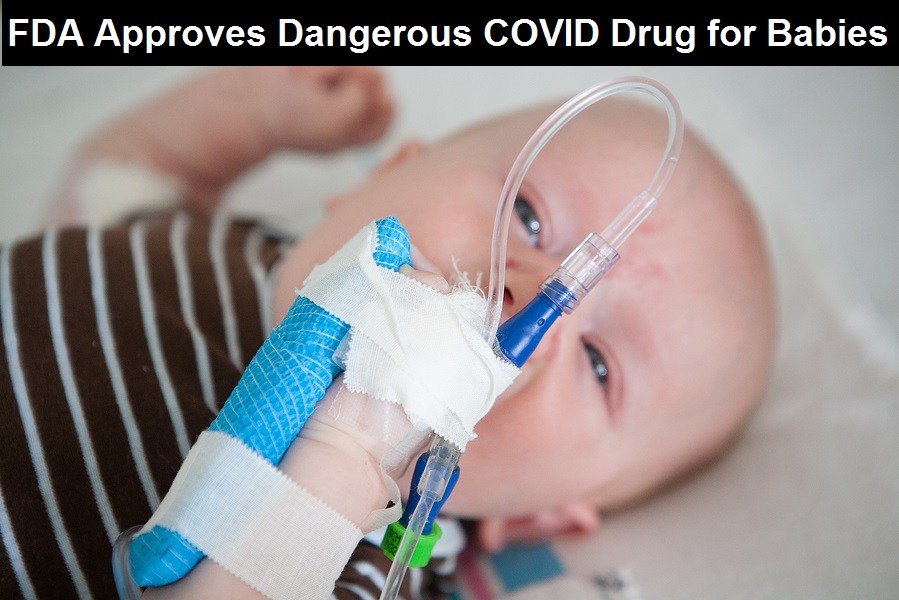 While we have focused more on the COVID-19 vaccines that have created more deaths and injuries than all other FDA-approved vaccines for the previous 30 years, the other killer COVID drug currently being administered to the public is Remdesivir, with the brandname of “VEKLURY.”

This drug, which was originally developed for ebola but never approved because it was so dangerous, has a history of scandals and many thousands of deaths since it was given an EUA (emergency use authorization) by the FDA, and then in October of 2020 it was fully approved by the FDA as a treatment for adults with COVID-19.

To get the original EUA by the FDA, they had to attack existing drugs in the market that were already being proven as safe and effective against COVID-19 symptoms, such Ivermectin and hydroxychloroquine.

A reasonable estimate of deaths caused by this killer drug worldwide would number in the millions. Here is some of our previous coverage regarding the scandals that brought Remdesivir to the market to treat COVID patients during the Trump administration:

Was a False Hydroxychloroquine Narrative Created to Destroy the Competition for Gilead’s Remdesivir?

Editors of The Lancet and the New England Journal of Medicine: Pharmaceutical Companies are so Financially Powerful They Pressure us to Accept Papers 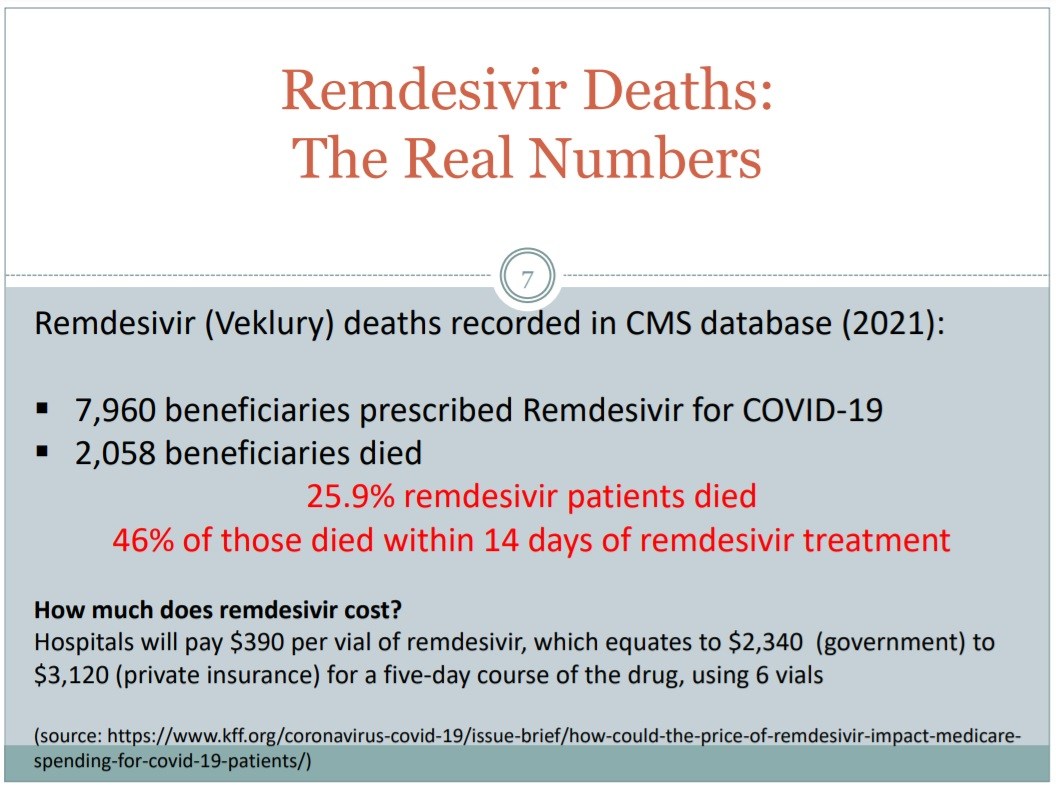 In September of 2021, Attorney Thomas Renz released to the public statistics on Remdesivir that a whistleblower had given to him from the CMS (Centers for Medicare & Medicaid Services) database, and the statistics were truly horrifying in terms of how many people were dying after taking this drug, which was over 25% of the patients. (Source.)

And now, the FDA has just approved this killer drug to be used with children, and babies as young as 28 days old.

Doctor Meryl Nass, MD, published her thoughts on this criminal action by the FDA in a recent blog post.

FDA Approved Remdesivir for 28 day old babies. What you need to know about this drug.

Remdesivir is an IV drug.  Therefore, for the past 2 years it was almost exclusively used in hospitalized patients, not outpatients.

Royalties go to Gilead, but a portion go the the NIAID, Tony Fauci’s agency and US Army, which assisted with its development. I originally omitted the fact (appreciate the reminder) that Ralph Baric, UNC professor and the US’ premier coronavirus scientist, is not only a creator of ACE-2 humanized mice and chimeric SARS coronaviruses.  He is also an inventor of Remdesivir and worked with the Moderna COVID vaccine beginning in December 2019 through NIAID, even before anyone knew there would be a pandemic.

Nearly everyone who is hospitalized in the US with COVID receives Remdesivir, because

a) hospitals get a financial bonus from the government for using it, and

b) it is the top treatment recommended by the NIH Guidelines.

The Guidelines were created by a group that originally had 16 members with current or past financial ties to Gilead.  The members of the guidelines group were handpicked by the 3 co-chairs. Clifford Lane, one of the co-chairs, is a Fauci deputy.

Remdesivir received an early EUA (May 1, 2020) and then a very early license (October 22, 2020) despite a paucity of evidence that it actually was helpful in the hospital setting.  A variety of problems can arise secondary its use, including liver inflammation, renal insufficiency and renal failure.  Here is a list of articles revealing its kidney toxicity:

WHO recommended against the drug on November 20, 2020.

Few if any other countries used it for COVID apart from the US.  A large European trial in adults found no benefit.  The investigators felt 3 deaths were due to remdesivir (0.7% of subjects who received it.)

However, on April 22, 2022 the WHO recommended the drug for a new use: early outpatient therapy in patients at high risk of a poor COVID outcome:

Monoclonal antibodies are only effective at the beginning of illness, as they fight the virus.  After about ten days, there is no more live virus and then a later phase of the disease occurs, due to an overactive immune response.  Antiviral drugs do not work during the second stage, but immune modulators do. Steroids and ivermectin are effective therapies at this stage.

Outpatient infusion centers were set up to provide monoclonal antibodies to patients at the start of COVID to those who were at high risk of a bad outcome.  But now the centers are shuttered as none of them work against current COVID variants.  Outpatient infusions will now be available for remdesivir, which is an antiviral drug, as a replacement.

So a new way to use remdesivir has been developed:  early, when it might actually work.  WHO says it does.  Was WHO bought off or will it actually have a positive impact?  Who knows yet?

The vast majority of COVID patients are not hospitalized until they are in the second stage of illness, which is when remdesivir, HCQ and other antivirals are not very effective, since there is no more live virus.  (HCQ has some immunomodulatory actions which may explain its mild benefit at this late stage.)

The FDA just licensed Remdesivir for children as young as one month old. Both hospitalized children and outpatients may receive it.  The drug might work in outpatients, but the vast majority of children have a very low risk of dying from COVID. If 7 deaths per thousand result from the drug, as the European investigators thought in the study of adults cited above, it is possible it will harm or kill more children than it saves.

Shouldn’t the FDA have waited longer to see what early outpatient treatment did for older ages?  Or studied a much larger group of children? Very little has been published on children and remdesivir.  FDA said very little about the approval.

When we look at the press release issued by Gilead, we learn the approval was based on an open label, single arm trial in 53 children, 3 of whom died (6% of these children died).  72% had an adverse event, and 21% had a serious adverse event.

I heard that some nurses refer to the drug as “Run, death is near.”

Based on the paucity of information FDA released with its Remdesivir approval, it appears that FDA knows very little about the drug’s benefit in children, and our children will be the guinea pigs.  If we let them.

Read the full article at MerylNassmd.com. 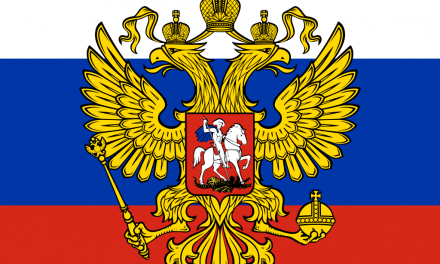 Has Russia Already Won? Is it “Game Over” for the Rockefeller Empire?