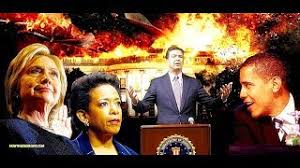 By Susan Duclos – All News PipeLine

While we do have a live stream of former FBI Director James Comey testifying in the Senate today on another thread (here) quite a few very interesting revelations have come up during his testimony that is guaranteed to be ignored by the mainstream media, but which the RNC is working over time uploading to their GOP War Room YouTube channel.

Before getting to the short clips on a variety of issues the MSM is sure to ignore, it seems the ones looking the worst so far, is the MSM itself as yesterday we showed that testimony from Deputy Attorney General Rod Rosenstein, DNI Director Dan Coats, NSA Director Admiral Michael Rogers, and Acting FBI Director Andrew McCabe, showed that Washington Post has been reporting fake news, as both Rogers and Coats testified they never felt “pressured” by President Trump or his administration to intervene or interfere with ongoing investigations, directly contradicting a new Wapo article.

What we didn’t cover yesterday is before Comey’s prepared remarks were released in the afternoon, CNN published their own “fake news” claiming that according to their “sources” Comey would rebut President Trump’s claim that Comey had informed him on three occassions that he was not personally under investigation.

CNN was forced to offer a humiliating correction and changed their headline, which negated their whole article and original headline after Comey’s prepared statement was released in which he confirmed that he did, indeed, tell the President he was not under investigation, three separate times.

In Thursday’s testimony Sen.  James Risch (R-Idaho) asked Comey about a NYT article from February 14, 2017, titled “Trump Campaign Aides Had Repeated Contacts With Russian Intelligence,” to where Comey confirms for Risch that the article, which again quoted anonymous officials and sources, was “not true.”

Risch told Comey: “So the American people can understand this, that report by the New York Times was not true. Is that a fair statement?”

“In the main – it was not true,” Comey said. “The challenge — and I’m not picking on reporters — about writing stories about classified information is that people talking about it often don’t really know what is going on. And those of us who actually know what’s going on aren’t talking about it. And we don’t call the press to say, hey, you got that thing wrong about this sensitive topic. We just have to leave it there.”

This next 30 second clip Comey confirms that many of the MSM reports, using leaked classified information, and unnamed sources have been “dead wrong.”

Bottom line here is the HUGE LOSERS so far in this hearing, but you won’t see the media reporting it, is the MSM themselves, who have been fed outright “dead wrong” information, have been forced to issue humiliating corrections, have allowed themselves to be manipulated, and have been proven to be, in the words of President Trump “very fake news.” BIGLY!!

And….. about one of those leaks, Comey was forced to admit that he, himself, orchestrated the leaks about his “memos” he allegedly kept of his and President Trump’s meetings, memos that he is refusing to turn physical proof of over to the Senate committee investigating this issue.

This next one isn’t Comey, but an excellent point made by Seantor Marco Rubio, where he points out that despite the fact that Democrats and Republicans and the leadership of Congress knew that President Trump was not under personal investigation, it is one of the only things that was not leaked to the public. The one point which could have countered the MSM false narrative and Democrats and liberals across the board insisting Trump was being investigated, was the only thing no one bothered to report.

Comey has been questioned twice on the Obama administration attempting to “influence” the FBI’s “criminal investigation” into Hillary Clinton, where Obama’s Attorney General Loretta Lynch demanded Comey not refer to it as such, but to mimic Clinton’s campaignstalking points by calling it a “matter” rather than what it was, which he describes in the second clip below. Comey claims he didn’t balkat doing so because it didn’t seem to be a “hill worth dying on.”

Via Breitbart on this issue:

While obstruction is now off the table for Trump, as Breitbart’s Joel Pollak detailed, Breitbart’s John Hayward notes that obstruction is back on the table for several leading officials from now former President Barack Obama’s administration. Hayward says Congress needs to investigate Loretta Lynch, the former Attorney General, as well as Obama and former Secretary of State Hillary Rodham Clinton–the 2016 Democratic presidential nominee–for obstruction of justice.

In reaction to that little tidbit, CNN’s Chris Cillizza, says “Loretta Lynch is having a surprisingly bad day in the Comey testimony,” while Politics Editor at National Journal Josh Kraushaar points out “If it wasn’t for Trump becoming president, the corruption with Obama’s Department of Justice would be a major story.” 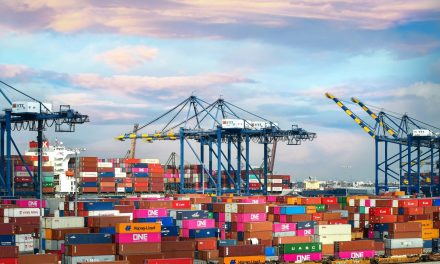 Railroad Congestion in U.S. is a Deadly Catastrophe that is About to Affect Everyone with No Immediate Solutions in Sight 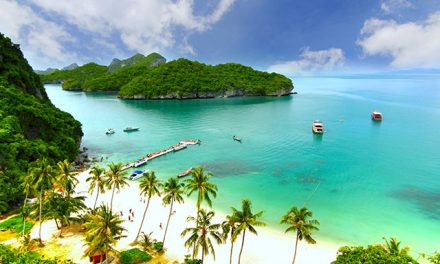 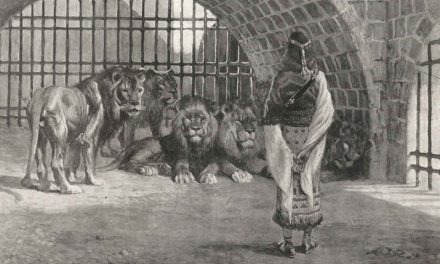