Why America’s Major Cities are Doomed to Collapse 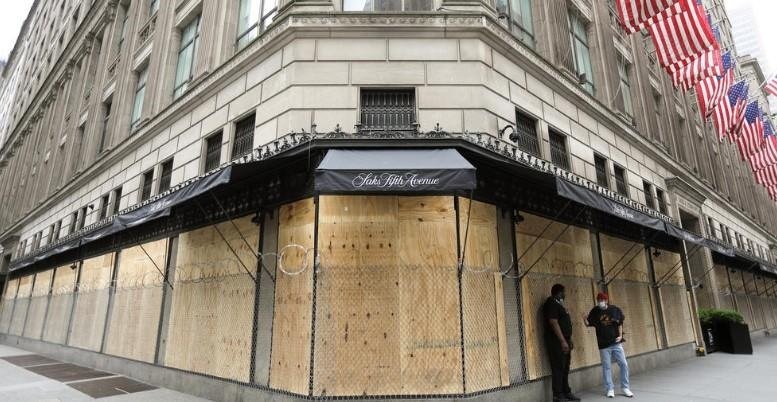 Why Some Cities May No Longer Be Viable

Any city whose lifeblood ultimately depends on hyper-globalization and hyper-financialization will no longer be viable.

The human migration from the countryside to cities has been an enduring feature of civilization. Cities concentrate wealth, productivity and power, and so they’re magnets to talent and capital, offering newcomers the greatest opportunities.

Cities are efficient, packing population, productivity and wealth creation into small areas. Slums and sweatshops are immensely profitable, and cramming people into centers of manufacturing is far more efficient than scattering people and production across a landscape.

Cities generally arose on coastal harbors, navigable rivers or the confluence of overland trade routes, as these hubs enabled profitable trade and transport of goods protected by defensible barriers.

But the nature of cities has changed, and so has their viability as magnets for talent and capital. I recently discussed these shifts with longtime correspondent T.D., who succinctly summarized the economic foundations of New York City–a set of dynamics that applies in one way or another to virtually all major cities globally: cities are transport / value-added hubs.

“With the creation of the Erie Canal, New York became a major port and city, a place where cheap immigrant labor and the precursors to all sorts of products could be immediately brought together in a value-added manner for finishing into a manufactured product which was then cost effectively shipped onward.”

These longstanding economic foundations began shifting in the 1970s. Slums and manufacturing were deemed undesirable for environmental and aesthetic reasons, and globalization began chipping away at manufacturing within costly urban zones as production was shipped to lower-cost regions.

The other core dynamic of the past 40 years, financialization, replaced value-added trade and goods with value-added financial instruments and services. As globalization and financialization transitioned to hyper-globalization and hyper-financialization, cities became magnets for real estate speculation, global capital seeking a safe place to park money, healthcare and higher education. status-enhancing conspicuous consumption and entertainment, i.e. the good life of diverse cultural attractions, neighborhoods, venues, cafes, bars and nightlife, all of which are the foundation of global tourism, now the primary industry in many cities.

The shift to finance funded both the speculation and the consumption. Cities morphed from centers of value-added manufacturing and trade to financial transactions and the origination of financial instruments, developments which enabled and expanded a series of ever-larger speculative bubbles.

Cities have always been more expensive than the countryside, but hyper-financialization has boosted urban costs to the point that only the top 10% or 20% can own their own home and afford all the good things the city has to offer without family wealth or speculative gains banked by playing hyper-financialization games.

One driver of higher costs is cities are magnets for graft, corruption, insider deals and quasi-monopolies, as the aggregation of money and power make the rewards of insider self-service irresistible. All of these forms of skimming add cost without adding any value to residents or enterprises.

Even worse, they erode competence and accountability, as the essence of insider self-service is the elimination of accountability so low-level corruption and incompetence cannot be reined in. Insiders have a free hand to exploit their access to the enormous flows of money and power that sluice through every major city.

As T.D. explained, large-scale industry is the only force with sufficient heft to demand competence and accountability of city governments. The current batch of what passes for “industry”–tourism, hospitals, universities, museums, etc.–can’t threaten to leave, as their own existence depends on the city. None wield sufficient political power to clamp down on corruption and incompetence.

As the energy, water, waste and transport infrastructure decays to the point of breakdown, industry would have stepped in and demanded managerial competence to get it fixed because industry needed those systems to survive. The complaints of highly segmented service industries don’t seem to wield the same power or urgency.

As for finance, it’s already global, and it right-sizes its footprint to match the flows of capital sluicing through the city as well as its costs and amenities. If any of these factors goes the wrong way, finance will abandon the city in a New York Minute.

In effect, globalization and financialization have hollowed out the traditional economic foundations of cities in favor of services and entertainment which are dependent on the speculative gains of financialization. Should the flood of wealth being generated by ceaseless hyper-financialization reach its zenith and crash, cities will lose their source of wealth and income even as their managerial competence has been eroded by the very success of financialization in generating staggering flows of money.

But when the flood of money dries up, and the city needs administrative competence and accountability to adapt, these have decayed to the point nobody in power has any experience of anything but an ever-expanding flood of money.

In other words, the “efficiencies” of the city now depend on the permanent expansion of hyper-globalization and hyper-financialization, both of which are increasingly vulnerable to decay, downsizing or collapse.

Any city whose lifeblood ultimately depends on hyper-globalization and hyper-financialization will no longer be viable. Non-viability of the globalized, financialized urban model is currently considered “impossible.” Let’s check in around 2030 and make an accounting of the second-order effects of the demise of globalization and financialization. One such effect might be a reversal of the human migration as people leave no-longer-viable urban zones en masse.

Read the full article at of two minds.com. 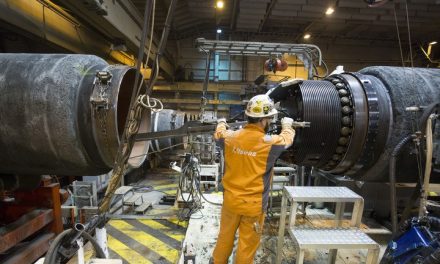 INTERESTING…THE STORY BEHIND THOSE GRANITE SLABS IN GEORGIA