He visited Ottawa, Toronto, Vancouver, Edmonton and Montréal, along with Grassy Narrows and Sarnia in Ontario and Fort McMurray in Alberta, to meet with governments, academics, Indigenous communities and businesses.

“I’ve certainly heard testimonies from many Indigenous Peoples that they feel they are located in areas that are, quote-unquote, ‘sacrifice zones’,” Tuncak said.

“When you look at the unique relationship that Indigenous Peoples have with their lands — both the water, the lands, the foods — they certainly are exposed more to pollution that’s released from these facilities.”

‘Quite disappointed’ with Grassy Narrows cleanup

Tuncak said he was “quite disappointed” with a lack of clear answers from Ontario and Ottawa regarding why a remedy has not been found for the community of Grassy Narrows half a century after the discharge of 10 tonnes of mercury upstream from the First Nation, located about 100 kilometres northeast of Kenora, Ont.

He, along with community advocates, have been pushing Ottawa to follow through on a promise by Indigenous Services Minister Jane Philpott in 2017, when she committed to building a health-care facility.

Mercury contaminated the local water and soil after the former owners of a mill in Dryden dumped effluent containing the toxin into the English-Wabigoon River system throughout most of the 1960s and into the early 1970s.

As a result, many residents suffer from debilitating health consequences to this day.

“The inaction for many decades really leaves in my mind questions of discrimination, and to what extent that community and other communities are protected from discrimination,” Tuncak said.

“It should’ve been at the highest of priorities and I can’t imagine that, if this were to happen in an urban centre, that it would’ve taken this long for remediation to take place.”

Chief at odds with Ottawa over money

Grassy Narrows is trying to come to an agreement with Ottawa to expand its nursing station and build a new treatment centre. Chief Rudy Turtle said the clinic will conduct medical studies to better understand how mercury affects the human body and develop treatment plans.

But Turtle said he’s at odds with the federal government over funding.

“Let’s do what’s right for Grassy Narrows,” Turtle said. “If (Prime Minister) Justin Trudeau is serious about reconciliation, than he should fix this 50-year-old problem instead of letting it drag on.”

Indigenous Services Minister Seamus O’Regan visited the community on May 28, expecting to sign a memorandum of agreement outlining the long-term health needs of the community — but he left without a deal.

“The onus is on me to make sure that the chief understands that this is an absolute commitment from the Government of Canada,” O’Regan said.

“We want the same things. He wants to look after members of his community who are ill, and I (do) too.”

Turtle is asking for $88 million to be put into a trust fund to run the clinic over 30 years. O’Regan said Ottawa is offering a figure “not far off” from that.

“This is how we flow money to communities,” O’Regan said, noting he has made similar agreements recently with the First Nations of Kashechewan and Cat Lake.

Turtle said he worries that if the Liberals lose the October election, a new government could rescind the deal. O’Regan insists the agreement would be binding and long-term.

The word ‘mercury’ is a sticking point

Turtle also alleges the federal government is refusing to use the word “mercury” in the name of the new treatment facility.

“I think that things should be called as they are,” Turtle said. “They know there’s mercury there, they just don’t want to take responsibility for it.”

Turtle claims the federal government wants the name of the building to include the phrase ‘assisted living.’ O’Regan acknowledges that’s true, but said he isn’t aware of a dispute over the name.

“There’s no question what we’re seeing now seems to be people who are exhibiting symptoms [of mercury poisoning],” O’Regan said.

“What I need to do is make sure that people are looked after.”

O’Regan said he has not reviewed the preliminary findings of the special rapporteur yet but plans to do so. He said his initial reaction was one of “profound sadness” to hear Tuncak’s conclusions.

Tuncak also visited the oilsands, Muskrat Falls in Labrador and Aamjiwnaang First Nation in Sarnia, called “chemical valley” by some locals. Tuncak said the situation in Aamjiwnaang offers a clear picture of discrimination, since Indigenous homes and kindergartens are a stone’s throw away from large petrochemical refineries.

‘Surprised’ if the UN won’t look into genocide allegation

Tuncak said it’s commendable that Canada has ratified all international treaties for toxins and waste and is actively participating in a non-binding policy framework for toxic chemicals and waste.

But Tuncak said challenges still exist due to jurisdictional divides between federal, provincial and territorial governments.

Tuncak said he wants Canada’s Human Rights Commission to have a clear mandate to work on issues of environmental degradation affecting human rights. He also said he wants to know why Ottawa hasn’t done adequate socioeconomic mapping of where pollution sources are in relation to Indigenous communities.

A full report on Tuncak’s mission is expected to be released at the September 2020 session of the UN Human Rights Council.

The special rapporteur’s preliminary findings come the same week the commissioners of the National Inquiry into Missing and Murdered Indigenous Women and Girls accused Canada of genocide against Indigenous people.

“I would be surprised if the UN did not take note of that report and look into the conclusions,” Tuncak said.

Tuncak said he heard the phrase “cultural genocide” used time and again by Indigenous communities during his two-week tour.

Olivia Stefanovich is a senior reporter for CBC’s Parliamentary Bureau based in Ottawa. She previously worked in Toronto, Saskatchewan and northern Ontario. Connect with her on Twitter at @CBCOlivia. Story tips welcome: olivia.stefanovich@cbc.ca. 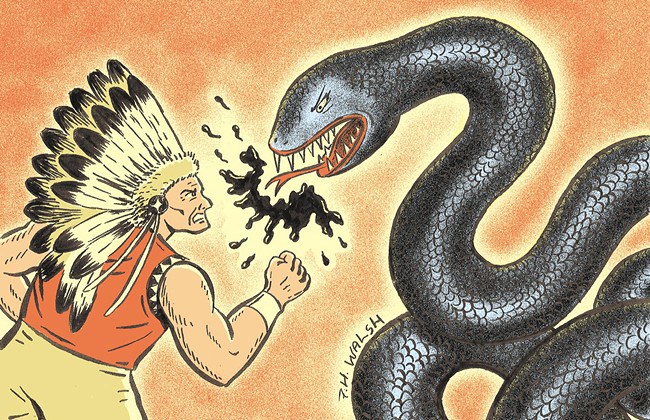 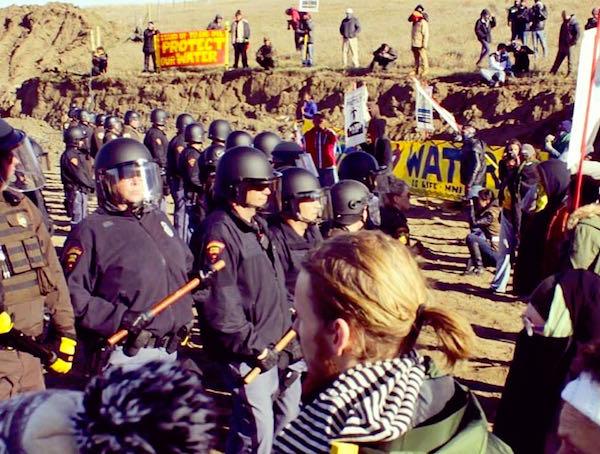 How Did an Ancient Sumerian Tablet End Up in the Hands of a Native American Chief?