(The Best Years in Life) At first glance, organizations such as the Organic Consumers Association (OCA), the Center for Food Safety (CFS) and the International Center for Technology Assessment (CTA) appear to be firmly aligned in favor of organic farming. Both sites are filled with information about food safety and organic farming, including many entries touting the actions they have taken on behalf of both issues. However, a closer examination of the organizations raises questions as to whether they may in some instances be working against organic farming as well as against food freedom and in favor of the pharmaceutical industries.

While some good information can be obtained at the sites of all three organizations, there is also some questionable information on the sites and being distributed by the organizations. For example, the OCA is reported to have widely distributed an article which appeared on their site which appears to support allowing the dangerous substance Neotame to organic products. The article stated in part:

“None of the bloggers who perpetuate this anti-organic myth reference primary sources to substantiate their claims. As their sources, they reference one another instead of going to the source – such as the Code of Federal Regulations.”

Anti-organic myth? The statement is demonstrably false and Neotame is obviously dangerous. Neotame is a neurotoxin and a document taken from the FDA site even states that pre-approval studies indicated that Neotame is not safe (yet it was approved by the Food and Drug Administration (FDA) for general use in July 2002” and is allowed to be added to organic food products as a “general sweetener”). See:

The CFS organization applauded the passage of the Food Safety Modernization Act (S. 510) by the United States Congress – a bill which has been roundly criticized by those of us who support health and food freedom for the power it gives the FDA and the negative impact it would have on food freedom and organic farming. Upon passage of the bill, the CFS issued the following statement:

“The Center for Food Safety (CFS) applauds the passage of the Food Safety Modernization Act (S. 510) by the United States Congress. The bill which passed the House of Representatives by over seventy votes late yesterday will give the U.S. Food and Drug Administration (FDA) a greater ability to safeguard our nation’s food system.” (TrueFoodNow)

The CFS, along with its sister organization the ICA, initiated a petition to the EPA to regulate nano-silver as a pesticide, which would have hugely benefited Big Pharma by virtually eliminating colloidal silver as a competitor to their more expensive and dangerous anti-biotic and anti-viral drugs. Though the groups denied targeting colloidal silver, their petition listed top colloidal silver products as examples of items which they felt should be regulated.

Merck is the pharmaceutical company who gave us such killer drugs as Vioxx, Gardasil and Fosamax. Widely regarded as one of the more evil corporations in the world, Merck would benefit hugely from regulation of nano-silver as a pesticide and it should be noted that it is not in the corporate interest of Merck to foster healthier people.

Rockefeller is the name of the family which helped found and support the American Medical Association, which endeavored successfully to eliminate and suppress homeopathy and natural healing in order to give mainstream medicine a monopoly on our health. See:

In addition, the Rockefeller Foundation is reported by F. William Engdahl in the book “Seeds of Destruction” to have spent more than $100 million for the advance of the GMO revolution. As Engdahl also reported, a Rockefeller created front organization, CGIAR (Consultative Group on Agricultural Resources), operates under the umbrella of the UN World Bank, and its primary focus is the spread of GMO crops. From the article by Engdahl, “The GMO Giants Know Something We Don’t”:

“Financed by generous Rockefeller and Ford Foundation study grants, CGIAR saw to it that leading Third World agriculture scientists and agronomists were brought to the US to master the concepts of modern agribusiness production, in order to carry it back to their homeland. In the process they created an invaluable network of influence for US agribusiness promotion in those countries, most especially promotion of the GMO Gene Revolution in developing countries, all in the name of science and efficient, free market agriculture.”

The lesson here is to always follow the money and actions before jumping on board with any activist group.  As Farmwars aptly stated in the article “Food Freedom Betrayal!”:  “We need to understand that nobody will fight this fight for us, much less the people being funded by Rockefeller and Merck. We need to stand up on our own and just say no! We need to support our local farmers and grow as much food as we can on our own.” 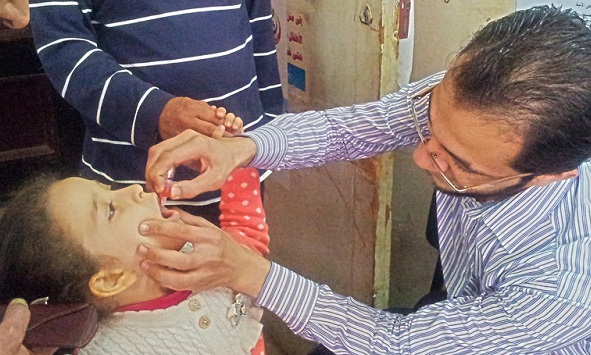 Researcher Admits Polio Is Now Predominantly Caused By The Vaccine Itself 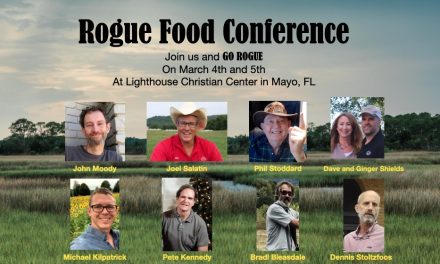 Rogue Food Conference 2022 is in Florida on March 4th 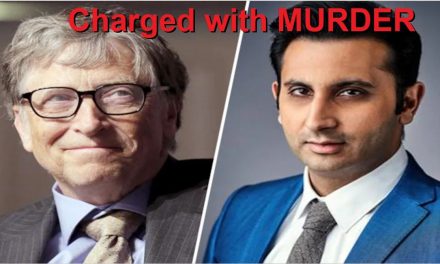