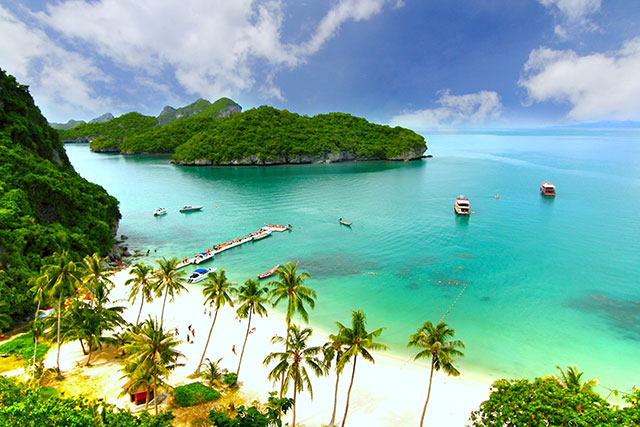 (Natural News) In a bid to protect its prime tourist destinations, the Thai government has decided to enforce stricter measures in these areas, in particular, banning “unfriendly activities” to prevent further damage to the environment and marine wildlife. The ban, which will take effect in July, will cover Koh Samui, Koh Tao, and Koh Phangan in Surat Thani province.

According to Department of Marine and Coastal Resources chief Jatuporn Burutphat, the protections will last for two years and may be renewed.

In an article published in the Bangkok Post, the measures included “no anchoring at a coral reef, a ban on feeding marine animals, no catching fish, no construction that has harmful results on marine and coastal resources, no [wastewater] discharges, and no sea walker activity.” The ban will also favor the use of buoys to moor boats, instead of having to anchor in the sea.

The measure isn’t new in Thailand, as this is the second time that such as ban was enacted by the department under the Marine and Coastal Resources Management Promotion Act which was established to regulate activities that could be harmful to marine and coastal resources. In 2016, the government enacted a similar measure in closing the Koh Khai islands, a popular tourist destination off the coast of Phuket. At the time, the closure was spurred by a report from the Phuket Marine Biology Centre, which stated that tourist activities and building developments have severely damaged the area’s natural resources. “All these activities negatively impact the marine ecosystem and cause a deterioration in natural resources. They must be stopped,” said Department of Marine and Coastal Resources regional chief Watcharin Na Talang.

This could not have come at a better time: According to government estimates, the marine ecological system on the three islands – in particular, those around coral reefs – has significantly declined.

The islands are home to 25,310 rai (4,049.6 hectares) of coral reef and 9,495 rain (1,519.2 hectares) of seagrass, as well as rare species – including the endangered Irrawaddy dolphins, Chinese white dolphin, and Bryde’s whale. Eight more species of whales call these islands home, as well as turtles and dugongs.

However, there isn’t an effective system on wastewater and garbage management, despite it being a tourist attraction.

In Koh Tao alone, around 30 tonnes (around 33.07 US tons) of garbage are produced in a day, according to the department. Koh Samui, one of the most famous beaches in Thailand, is worse off: 250,000 tonnes (275,577.83 tons) of garbage have accumulated waiting for proper disposal as the incineration plant has been out of commission for over eight years. Koh Phangan, on the other hand, produces 7,300 tonnes (8,046.81 tons) of waste a year.

How you can help

You don’t have to be a government official to make a difference.   You can help keep beaches clean by:

Beaches and islands are pockets of paradise that restore our energy when the stress of life gets in the way. Let’s take care of their natural beauty before it becomes too late.

Cannabis Revealed: Why Is Marijuana Illegal?