The Real Reasons for the Facebook Outage This Week 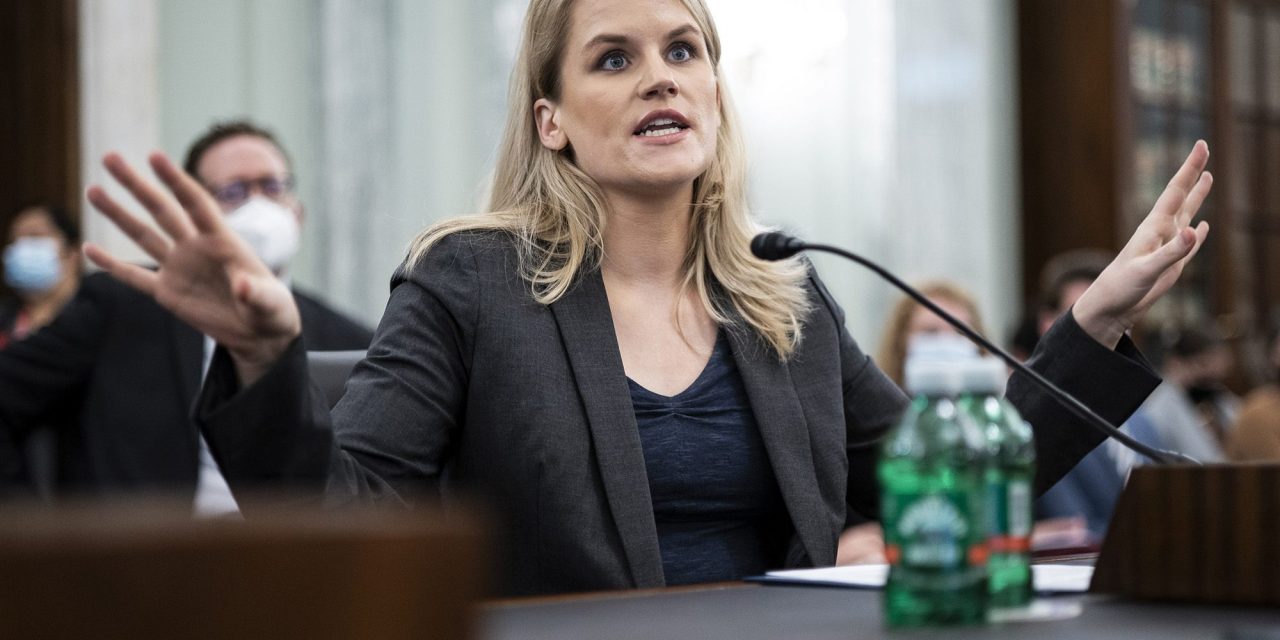 The social media giant is in the crosshairs, and that might be bad news for the internet in general.

Facebook suffered a massive outage on Monday. At the same time a high profile “whistleblower” has come forward to dish the FB dirt. These two things have combined to create a perfect storm of narrative portraying Mark Zuckerberg’s company as a monster in desperate need of slaying by some deft government intervention.

But to what extent is that story contrived? Is Facebook willingly going along with it? And what does it mean for the rest of the internet?

For several hours on Monday afternoon Facebook – and its subsidiaries Instagram and Whatsapp – were completely offline. Rumours circulated that large portions of the social media giant had been totally deleted. Others suggested it was a cyber attack.

Facebook itself insists there was no attack, and that it was purely an engineering error, but of course no tech company would ever admit to being vulnerable to a hack.

There’s always the possibility the whole event was staged of course. Either way, the timing is very suspicious.

WHY DO YOU SAY THAT?

For weeks an anonymous “whistleblower” has been “leaking” documents to the Wall Street Journal allegedly showing Facebook is utilising highly unethical business practices.

The leaker of the so-called “Facebook Files” finally revealed her true identity as Frances Haugen, a data scientist, in an interview with 60 Minutes this past Sunday.

The massive Facebook outage then happened on Monday, with Ms Haugen’s scheduled testimony in front of Congress happening the following morning on Tuesday.

If it is all a coincidence, then Facebook has had a very unfortunate week.

SO WHAT DID THE “WHISTLEBLOWER” SAY?

What didn’t she say? In her hours of testimony on Tuesday, she tore the company apart. Alleging everything from being a danger to children’s mental health to outright breaking the law.

In her 60 Minutes interview, she told the reporter “again and again Facebook has chosen profits over safety”.

Drug cartels, hate speech, genocide, anorexia…Haugen laid the blame for all of that and more at Facebook’s feet.

FACEBOOK IS A MONSTER…SO ISN’T THIS A GOOD THING?

For one thing, we should always be sceptical in the face of any narrative so meticulously planned and rolled out.

An ‘anonymous whistleblower’ coming forward with a team of lawyers, and coordinated interviews on primetime TV just before her testimony to congress looks a lot too much like a glitzy PR campaign or a promo for a new movie.

For another, consider what Facebook is actually being accused of. It’s not mass surveillance, censorship or abuse of its monopoly that’s making the headlines, but rather being too lax in what it allows people to say and see.

These are all mainstream talking points designed to stifle debate and control the conversation.

Yes, many people hate Facebook (with good reason), but that hatred is now being deliberately cultivated so that people will cheer on its break up or regulation, without realising that other, smaller companies would be hit much harder by any new “standard rules for the internet”.

Like so many other testimonies before congress in the past, the entire event looks fake and probably is. A stage-managed exercise involving some “expert witness” telling a bunch of politicians exactly what they want to hear, so they can go ahead push the legislation they were going to push anyway.

It’s all leading up to loud bipartisan calls for “regulation”, and that’s not a good thing.

Let me answer that question with a couple of my own. Do think the political conversation on Facebook is too controlled? And do you think that will get better if it becomes subject to governmental oversight?

Of course not, “regulating” facebook will take what small amount of freedom still remains on the platform, and crush it entirely. And it won’t just be about Facebook, it’s not even really about Facebook now, it’s just that they’re being used as a stalking horse to come after the smaller, less controlled platforms.

There’s a good chance Facebook is actively playing heel here, and are willingly going along with this narrative. Just check what their spokesperson Lena Pietsch said on Tuesday [our emphasis]:

Today, a Senate Commerce subcommittee held a hearing with a former product manager at Facebook who worked for the company for less than two years, had no direct reports, never attended a decision-point meeting with C-level executives — and testified more than six times to not working on the subject matter in question. We don’t agree with her characterization of the many issues she testified about.Despite all this, we agree on one thing; it’s time to begin to create standard rules for the internet. It’s been 25 years since the rules for the internet have been updated, and instead of expecting the industry to make societal decisions that belong to legislators, it is time for Congress to act.”

Despite discrediting and disagreeing with absolutely everything the “whistleblower” said, they still concede Congress needs “to act” and produce “standard rules for the internet”. Why would they do that?

Facebook is clearly falling in line to bring in stricter regulation of the web.

OK, SO WHAT WILL THIS NEW “REGULATION” LOOK LIKE?

Well, that’s a harder question to answer. Having just been presented with the problem, the media are still very much in the reaction phase of the narrative (see this whiny specimen in the Guardian) – “solutions” are being talked about but only in very vague terms.

An article on MSNBC headlines “Facebook, Instagram and WhatsApp are back up. But their outage is an opportunity.“ and echoes Ms Pietsch almost word for word: Regulators should do better, but Congress should also act. It ends with a link to an article from this May in Politico calling for a “public internet”.

Or, more cynically, compartmentalizing the internet to limit the field of potential communication.

The supposed aim of a “public internet” would be to “bring us back together” and remove “hate”, but that will mean stopping people from disagreeing with the consensus.

The “public internet” might be the long-term goal, but it’s still only a foetus of an idea.

For the more immediate “regulation” ideas, we can turn back to Ms Haugen, who after so keenly defining the problem, enthusiastically recommended a list of solutions.

These include, but are not limited to, a new “independent” overseer for Facebook (perhaps a new government agency), and the “reform” of Article 230.

Article 230 is the law that says social media platforms have no liability for the content their users create, “reforming it” could open up social media companies to a lot of lawsuits.

Interestingly, some policy organizations have argued that “stripping this law away could entrench reigning tech giants because it would make it harder for smaller social media platforms with fewer content moderation resources to operate without facing costly lawsuits.”

So at least one of Ms Haugen’s proposed solutions would potentially benefit Facebook, whilst almost certainly crippling their smaller competitors.

Since its inception the internet has been a digital wild west and, despite numerous attempts to seize control of it, it remains a place of relative freedom.

Facebook, Google, Amazon and their ilk are corporate monsters, no question, but we still need to be careful when applauding calls for their regulation or break up. Especially if the companies themselves seem to actively cooperate.

Much of the time any mooted “regulation” is not aimed at the corporate giants, who have the connections and resources to survive it, but their smaller competitors. In that way it both secures the monopoly of a handful of gigantic businesses, and further centralises the power of the state.

Remember that corporate giants and the Deep State are not in opposition to one another, they work together in mutual self-interest.

Facebook might be notionally in the media crosshairs, but that is a pantomime. The real targets are alternate platforms like Telegram, Gab and Parler, or as yet unborn independent outlets.

More broadly, it’s part of an ongoing campaign against the ability of millions of people to freely communicate with each other, because that is a genuine threat to both the power of the state the and greed of corporate monoliths.

So, when big government and big tech fight, refuse to pick a side and don’t believe a word of it.

They like each other really, but they hate you.

Read the full article at Off-Guardian.org.

Announcing the new White House Inc. plus a new location, YTBD, On the FINAL road to Gesara 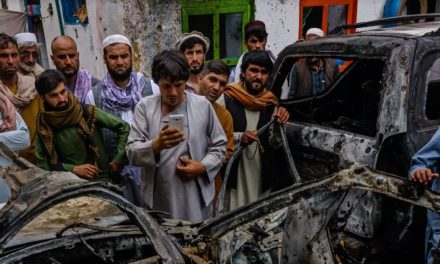 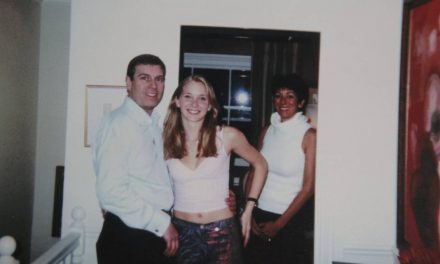