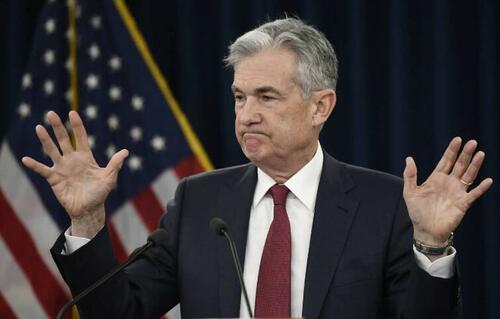 Fed Finds Fed Did Nothing Wrong

In what is likely the least surprising news headline of the day, The Federal Reserve’s Watchdog has cleared Chair Jerome Powell and former Vice Chair Richard Clarida of any wrongdoing in their trading activity.

“We did not find evidence to substantiate the allegations that former Vice Chair Clarida or you violated laws, rules, regulations, or policies related to trading activities as investigated by our office,” Inspector General Mark Bialek said in a letter to Powell dated June 11 and published Thursday.

This month marks the 10th month since the worst insider trading scandal in the 109-year history of the Fed made media headlines.

Yesterday, Senator Sherrod Brown, the Chair of the Senate Banking Committee, along with two of his fellow Senators on that Committee (Jon Ossoff and Raphael Warnock) and two additional Senators who do not serve on that Committee (Jeff Merkley and Kirsten Gillibrand) sent a stunning letter to Federal Reserve Chairman Jerome Powell.

The overall thrust of the letter suggested that the Fed had attempted to quiet public outrage over the Fed’s trading scandal by issuing new trading conduct rules for Fed officials but had failed to put the force of law behind those rules or set up a proper chain of command.

But three sentences in the letter also strongly suggest that the Fed Chairman is actually hampering the investigation of the trading scandal, which was referred by Powell to the Federal Reserve’s Inspector General rather than to the Securities and Exchange Commission or Department of Justice, which should be involved in any serious insider trading investigation.

Those three sentences read as follows: “Additionally, we are disappointed that the Federal Reserve has refused to provide additional information regarding the full scope of the trading scandal…” The use of the word, “refused” has a strong aroma of obstruction.

Next is the sentence: “…we also repeat our request for your cooperation with members of Congress and the Federal Reserve’s Office of the Inspector General as we seek to understand the full depth of the Fed’s trading scandal.”

The use of the words “repeat our request for your cooperation” strongly infers that Fed Chairman Powell has withheld his cooperation. And, finally, there is this sentence: “Recent reports also reveal that the Federal Reserve failed to require updated financial disclosures from the former presidents of the Dallas and Boston Reserve Banks upon termination of their positions, which is inconsistent with the financial disclosure requirements for Board officials.”

Kaplan’s trading and obstruction should have warranted a criminal investigation by the Justice Department. In 2020, while sitting as a voting member of the Fed’s Federal Open Market Committee (FOMC) and having access to inside information on the myriad bailout programs the Fed was rolling out to deal with the pandemic, Kaplan was trading in lots of over $1 million in both stocks and S&P 500 futures contracts. (S&P 500 futures contracts trade almost 24/7 from Sunday evening through Friday evening and thus can be utilized to trade after the stock market is closed and before it opens, the perfect vehicle should one have access to insider information.)

Wall Street On Parade previously reached out via email to a total of five Goldman Sachs press contacts, inquiring if Kaplan had conducted his S&P 500 trades or his individual stock trades at Goldman. The company declined to answer our questions. The Dallas Fed refused to tell us if Kaplan was using S&P 500 futures to short the market — a bet that the market would go down – which it did dramatically in March of 2020.

Adding to the scandal swirling around Kaplan, he failed, as required on his financial disclosure form, to list the specific dates of his trades, substituting instead the word “multiple.” This made it impossible for journalists to examine if his trades were made around the time of the numerous major policy announcements by the Fed in 2020.

Because the financial disclosure form itself mandated that these dates be provided on the form that was released to the public, Wall Street On Parade filed a Freedom of Information Act (FOIA) request for the information on October 12 of last year, asking for expedited treatment since the dates were long past due to the public.

The mandated turnaround for all FOIA requests to federal agencies is 20 business days. It rationally follows that expedited processing would be less than that. As the calendar was approaching the 20th business day, we asked for an update from the FOIA office. We promptly received a letter indicating that the Fed anticipated being able to provide the information by November 9.

But on November 9, via email, we received a very strange communication, not from Margaret McCloskey Shanks, the Chief FOIA Officer for the Fed, but from the “Information Disclosure Section” of the “Board of Governors of the Federal Reserve System.” The letter informed us that: “Pursuant to section (a)(6)(B)(i) of the FOIA, we are extending the period for our response until November 24, 2021, in order to consult with two or more components of the Board having a substantial interest in the determination of the request.”

On December 8 we received a new letter from the Fed indicating that “Staff searched Board records and consulted with knowledgeable staff but did not locate any documents responsive to your request.”

Clearly, the Fed could have simply demanded that Kaplan turn over the mandated and long-overdue dates of his trades. It did not.

Equally alarming, there is the distinct impression that the “two or more components of the Board” that had “a substantial interest in the determination of the request,” quashed it.

Kaplan’s scandalous trading had been splashed all over the news by the time he finally agreed to step down on September 27. But instead of Fed Chairman Powell delivering a statement of condemnation, Powell actually delivered a flowery sendoff to Kaplan, stating:

“We are grateful for Rob’s six years of service as President of the Federal Reserve Bank of Dallas and as a valued colleague in the FOMC. He has been a passionate and forceful public voice on a wide range of issues, including the critical value of early childhood education and literacy. In addition, he strengthened the Bank’s economic research and played a very constructive role in Systemwide management, budget and technology efforts. We wish him well.”

Given the known facts at the time, this statement was a dereliction of duty by Powell and could be seen as prejudicing any future investigation. (Senator Elizabeth Warren has called Powell “a dangerous man” and refused to vote in favor of his nomination to serve a second four-year term as Fed Chair. He began that new term on May 23.)

In addition to Kaplan’s potential for insider trading as a voting member of the FOMC in 2020, Wall Street On Parade also found that Kaplan was, himself, making bold, market-moving statements to the media during the 2020 financial crisis, which should also be investigated for potential insider-trading.

Fed Chair Powell’s own trading has also come under scrutiny. On October 18, Robert Kuttner at the American Prospect, broke the news that Fed Chairman Jerome Powell had sold between $1 million and $5 million of the Vanguard Total Stock Market Index Fund on October 1, 2020, the same day that Powell had been on four phone calls with then Treasury Secretary Steve Mnuchin, who was coordinating the White House response to the ongoing financial crisis from the pandemic.

On Monday of this week we emailed the press contact at the Fed’s Inspector General, asking for an update on the investigation. The response we received was “No comment.”

While it is customary for federal law enforcement agencies to decline comment on ongoing investigations or investigations that have been closed with no findings of wrongdoing, exceptions are made where the matter is of major public interest and the reputation of an important institution is involved. (Recall that on July 5, 2016, FBI Director James Comey released information on the FBI’s investigation of Hillary Clinton’s use of a private email server, stating: “This will be an unusual statement in at least a couple ways. First, I am going to include more detail about our process than I ordinarily would, because I think the American people deserve those details in a case of intense public interest.”

“Intense public interest” are the operative words for the Fed’s trading scandal as well.

Comey also indicated at the time that “the FBI is completing its investigation and referring the case to the Department of Justice for a prosecutive decision.”

This is exactly what the Fed’s Inspector General must do now and announce it to the American people. Americans are never going to accept the investigative findings of a de facto arm of the Fed in this matter. That was apparent from the very beginning and all of this stalling is simply further eroding the Fed’s credibility. 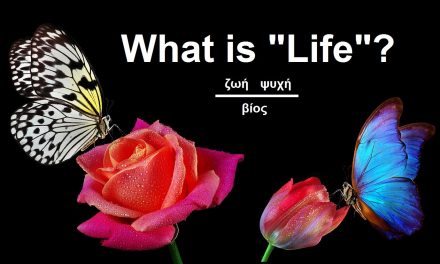