Power of the Grand Jury USA 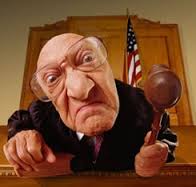 Power of the Grand Jury – In a stunning 6 to 3 decision Justice Antonin Scalia, writing for the majority, confirmed that the American grand jury is neither part of the judicial, executive nor legislative branches of government, but instead belongs to the people. It is in effect a fourth branch of government “governed” and administered to directly by and on behalf of the American people, and its authority emanates from the Bill of Rights, see United States -v- Williams.

“If the government can select the jurors, it will, of course, select those whom it supposes will be favorable to its enactments. And an exclusion of any of the freemen from eligibility is a selection of those not excluded. It will be seen, from the statutes cited, that the most absolute authority over the jury box that is, over the right of the people to sit in juries has been usurped by the government“; Lysander Spooner, Trial by Jury, page 92; 1852AD:

There are 3141 counties in the United States of America. Our goal is to educate and organize in your county to reinstate and initiate the Common Law Grand Jury. Each county should eventually find four people (administrators) who will work full time (paid positions) to administrate and orient the jurist. These four people should partnership with the four in each county throughout your state.

In reality there is only one Grand Jury within a state with locations in each county. We can draw off the jury pool from any county if necessary. When the administrators of each county come together on an issue they can use the seal of each county on an arbitration or presentment document which can produce extraordinary results.

But in order to be successful we must first seek the blessings from the “GOVERNOR OF THE UNIVERSE” and build our endeavor upon Him and His principles (1) HONOR, (2) JUSTICE, and (3) MERCY. This is the only sure foundation, any other will succumb to tyrants.

“Our Constitution was made only for a moral and religious people. It is wholly inadequate to the government of any other.” – John Adams

“Man will ultimately be governed by God or by tyrants.” – Benjamin Franklin

When we reinstate the Common Law Grand Jury in all the counties of a state then the people will have control of their state government. We presently have 48 States that have joined this project. To find out how watch the powerful video above. To become an organizer for your county click on “Yes” when you register to join.

DUTY OF THE “COMMON LAW” GRAND JURY – If anyone’s unalienable rights have been violated, or removed, without a legal sentence of their peers, from their lands, home, liberties or lawful right, we [the twenty-five] shall straightway restore them. And if a dispute shall arise concerning this matter it shall be settled according to the judgment of the twenty-five Grand Jurors, the sureties of the peace. MAGNA CARTA, JUNE 15, A.D. 1215, 52.

It is the duty of all the People to share in the governing of themselves and to secure their government by participating as a Jurist:

THINK ABOUT THIS! If we the people can reinstate Justice and demand that elected officials and bureaucrats obey the law or be indicted, we would have then succeeded in reinstating the Constitution, and save our Republic!

“Hold on, my friends, to the Constitution and the Republic for which it stands. Miracles do not cluster, and what has happened once in 6,000 years, may not happen again. Hold on to the Constitution, for if the American Constitution should fail, there will be anarchy throughout the world.” – Daniel Webster

“Necessity is the plea for every infringement of human freedom. It is the argument of tyrants; it is the creed of slaves.” – William Pitt, Nov. 18, 1783

Blacks Law states; the word Justice is synonymous with virtue. Therefore only a virtuous People can return justice to our courts and save America. Since virtue, as is Liberty, is a gift of God it will require the blessings of God to be independent and virtuous. Blessings requires obedience, obedience requires knowledge of His will and knowledge of His will requires a relationship, without which there is no Liberty. Therefore to know God is to know Liberty and to the contrary no God no Liberty.

Yes, Those Were Indictments Served At Bush Funeral 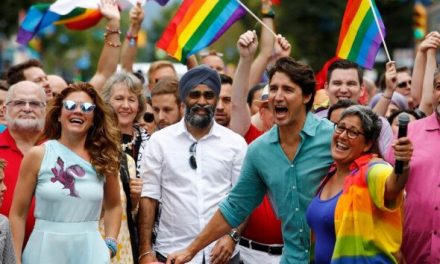