Gary Null has been a popular, longtime radio host with the longest running health talk show which airs on Progressive Radio Network. He has authored and directed dozens upon dozens of books and documentaries.

A few weeks ago, he was asked as an honored guest on Bonnie Faulkner’s show, Guns and Butter which talks about the politics of economics and airs on Pacifica KPFA public radio stations. In the spirit of truth, Bonnie wanted listeners to hear the other side of the vaccine talk, not the “case closed” version. What you’re not being told about vaccines. And specifically SB277, the California bill to mandate vaccines for virtually all Californian school children. Who better to ask then Null, an alternative health expert, medical activist and Pacifica veteran?

When it came time to air, however, they were told they weren’t allowed – or rather, they were outright censored and the show was cut – the first time for Guns and Butter in over 11 years. But Bonnie could not let this breach of truth rest…

Bonnie went on the Gary Null Show and they did a “reverse interview.” Bonnie then interviewed Gary and they both shared the Sound Cloud file to their listeners. Listen to the banned talk with updated information on SB277 and the censorship here, while you read what happened next…

An excerpt from KPFA’s mission:

Over the years we’ve advanced the discussions and told the truth about historical moments of political impasse, racial tensions and economic inequality.

But not if it’s politically incorrect or goes against what’s popular, eh? Not very public radio-y of them… Listeners did not donate to have hard-hitting info yanked from their ears.

To make matters worse, KPFA Program Director, Laura Prives, publicly declared [fusion_builder_container hundred_percent=”yes” overflow=”visible”][fusion_builder_row][fusion_builder_column type=”1_1″ background_position=”left top” background_color=”” border_size=”” border_color=”” border_style=”solid” spacing=”yes” background_image=”” background_repeat=”no-repeat” padding=”” margin_top=”0px” margin_bottom=”0px” class=”” id=”” animation_type=”” animation_speed=”0.3″ animation_direction=”left” hide_on_mobile=”no” center_content=”no” min_height=”none”][bottom of page] her reasons for the cut and aired her ignorance as a result. It is clear that she must have done a lazy Google search as she is quoting directly from propagandist Website Quackwatch run by anti-alternative therapy psychiatrist Stephen Barrett – always somehow #1 on Google. Or maybe she found Null’s Wikipedia entry which is only a harsh, heavily skewed rehash of…Quackwatch. Without knowing anything about Null’s work, she declares he has no credentials, has unsound theories and his work is only a vehicle to hawk products.

She says the station has a “serious responsibility to provide its listeners with accurate, science-based information on public health, most especially on issues that could potentially cause harm to people.” She says it’s not censorship but “protecting the airwaves from mis-information and from people who stand to profit by offering dubious remedies to sick and vulnerable listeners.” !!! Because pharmaceutical companies who have the media on a short leash never do that…

A sharp, lengthy response from Null includes assertions such as:

Lewis Hill [founder] would have been appalled at the blatant censorship imposed upon Bonnie Faulkner and myself, especially in light of the California senate’s recent passage of a bill that destroys Californians’ freedom of health choices for their children. Had I been allowed the opportunity to present the independent science opposing Big Pharma’s spurious claims for vaccine efficacy and safety, there might have been enough support from KPFA listeners to have delayed or thwarted the bill’s sponsors from passing it.

In the spirit of uncensored info-sharing, Guns and Butter blog also shared the following resource links:

This article may be re-posted in full with attribution. 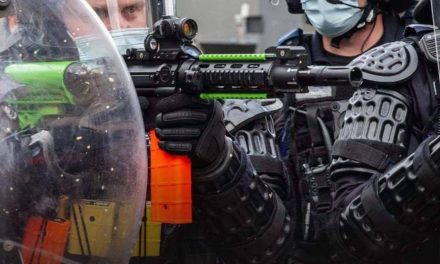