Merck, Other Pharma Companies Helped Fund Activist Groups Who Petitioned the EPA to Regulate Nano-Silver as a Pesticide 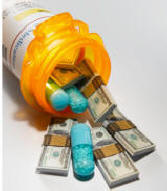 Last year it was revealed that a handful of the activist agencies behind the petition to the EPA to regulate nano-silver as a pesticide received funding from pharmaceutical giant Merck, which annually has hundreds of billions of dollars in profits from patented antibioics which many believe are less effective, less safe and far more expensive than colloidal nano-silver products.

Further investigation by this reporter discovered that the initial revelations were just the tip of the iceberg when it came Merck and other pharmaceutical companies’ funding of the groups who supported the EPA’s regulation of nano-silver.

The actual source of the funding that was first revealed in emails and colloidal silver blogsites was the John Merck Fund, which was set up in 1970 by Serena Merck, the widow of Merck Pharmaceuticals CEO George W. Merck, in honor of their short-lived son John. The recipients of funding who are signees on the petition to the EPA were identified as:

Consumers Union of the United States

Friends of the Earth

Subsequently, it was discovered that a second Merck foundation, the Merck Family Fund, gave a $200,000 grant for 2006-2007 to another petitioner, Silicon Valley Toxics Coalition.

The Center for Food Safety (CFS) which along with its sister organization the International Center for Technology Assessment (ICTA), initiated the EPA petition and enlisted the other groups which signed off on the petition, received the second largest amount of funding of any group from the John Merck Fund – second only to the huge total of the Tides Center/Tides Foundation, whose total funding of almost $2.7 Million dwarfs the combined total of $1.75 Million given to the CFS and the ICTA and CFS.

As it turns out, the top funding recipients Tides Foundation and Tides Center are also actively involved in the petition to regulate silver, as well as the source of funding and support to several of the other groups who signed the EPA petition. Their position became apparent to one and all when they posted a press release urging support of the EPA petition:

The Tides Foundation is described by Activistcash.com as quickly becoming “the 800 pound gorilla for activist funding.” As reported on ActivistCash:

“The Tides foundation was established in 1976 by California activist Drummond Pike, Tides does two things better than any other foundation or charity in the U.S. today: it routinely obscures the sources of its tax-exempt millions, and makes it difficult (if not impossible) to discern how the funds are actually being used.

“In practice, “Tides” behaves less like a philanthropy than a money-laundering enterprise (apologies to Procter & Gamble), taking money from other foundations and spending it as the donor requires. Called donor-advised giving, this pass-through funding vehicle provides public-relations insulation for the money’s original donors. By using Tides to funnel its capital, a large public charity can indirectly fund a project with which it would prefer not to be directly identified in public. Drummond Pike has reinforced this view, telling The Chronicle of Philanthropy: “Anonymity is very important to most of the people we work with.”

Due to the efforts of many foundations to keep their funding activities anonymous, it is difficult to determine the true scope of pharmaceutical company funding for the Tides group as well as the individual activist groups. However, information on the Tides Center’s website and other web searches found that the Tides Center itself is a big source of funding and support to several of the other groups not listed as direct recipients of funding from Merck.

For example, the Center for Environmental Health is itself a a project of the Tides Center.

The Institute for Agriculture and Trade Policy received previous funding and had previous connections with the Tides Foundation.

The Clean Production Action is a Tides Center project.

Food and Water Watch receives donations from the Tides Foundation.

Though not listed as a recipient of funding from Merck or the Tides Center, The Loka Institute, which has no current offices, was previously provided office space and a mailbox in Washington, DC by the International Center for Technology Assessment in their own offices.

Lest one think that Merck is the only Big Pharma company funding the activist groups directly or else indirectly funneling money to them through the Tides Foundation and Tides Center, a quick internet search found the following listed as the top funding recipient from the Pfizer Foundation:

Thus far, the EPA has taken no action on the petition, though many expect that silver may ultimately be regulated as a pesticide, which will have the effect of banning virtually all the colloidal silver products currently used by millions of people to combat infections and pathogens of all kinds – many of which mainstream medicine has no answer for, such as MRSA.

Make no mistake, though the environmental groups would have us believe that they are primarily concerned with new products that incorporate “nanosilver” into their makeup such as computer keyboards, clothing and other textiles that were impregnated with nanosilver for antimicrobial purposes, the true agenda of the petition to the EPA was colloidal silver, which represents a huge threat to the billions of dollars in profits Big Pharma annually rakes in from less effective, less safe and far more expensive patented antibiotic drugs.

Such an agenda becomes obvious when one looks at the list of products singled out for banning that was part of the petitions and finds the three largest producers of colloidal silver specifically listed among the products. Many more colloidal silver products were later added as an addendum.

As an example of the subterfuge, one of the environmental groups which signed the petition, Friends of the Earth, sent emails in the spring of 2009 to concerned members who used colloidal silver to assure them that they had no desire or intention to regulate colloidal silver, but then in June 2009 they published a position paper which stated, “We believe that all over-the-counter colloidal silver products should be immediately withdrawn from the market and their sale should be banned (unless approved as a drug by the appropriate regulatory agency).

Similarly, in March of last year just before the EPA closed the door to public comments on the campaign to regulate silver as a “pesticide,” the environmentalists published an article claiming that a “major new clinical study” had proven that silver harms human cells.

What the environmentalists failed to report in their article was most enlightening. First of all, it turned out that the study they cited was hardly “major.” Indeed, it was a very small study conducted by a virtually unknown research group in Red China.

Secondly, it turned out that the group conducting the study was in cahoots with two major pharmaceutical companies who are major producers of prescription antibiotic drugs. And finally, the study itself merely demonstrated the well-known fact that silver kills e. coli bacteria by damaging its cellular structure and preventing it from replicating.

In other words, the study was on bacterial cells, not human cells.

The justification for considering silver to be a pesticide in the first place is because it kills bacteria, viruses and other single celled pathogens, which the environmental groups have defined as “pests”. Using the same definition would apparently also make common bleach, rubbing and drinking alcohol, aerosol disinfectants, and antibiotic and antiviral drugs “pesticides” as well – but only silver has been singled out.

One wonders why environmental groups are seemingly in bed with Big Pharma to begin with on the issue of silver, which is a natural element that has been in our waters, soils and plants since mankind first put down footsteps in the sands of time. Where is the concern over all of the drugs that are polluting our drinking water? According to a recent investigative report from the Associated Press, “U.S. manufacturers, including major drug makers, have released at least 271 million pounds of pharmaceutical drugs into waterways that often provide drinking water for millions of Americans – contamination the federal government has consistently overlooked…”

According to the Associated Press report, “…trace amounts of a wide range of pharmaceuticals – including antibiotics, anti-convulsants, mood stabilizers and sex hormones – have been found in American drinking water supplies…pharmaceuticals have now been detected in the drinking water of at least 51 million Americans.”

The figures reported may be merely the tip of the iceberg since, as the report itself states, “Most cities and water providers still do not test.” The report also notes, “Some scientists say that wherever researchers look, they will find pharma-tainted water.”

What’s more, the AP report also noted that “Pharmaceutical makers typically are excused from having to submit an environmental review for new products, and the FDA has never rejected a drug application based on potential environmental impact.”

In short, Big Pharma produces hundreds of billions of dollars a year worth of prescription drugs and millions of pounds of these drugs annually end up polluting our environment, yet the environmental groups remain silent with nary a single call to regulate Big Pharma’s drugs as environmental pollutants.

Furthermore, according to the AP report, the Big Pharma companies do not even need to submit environmental reviews for their drugs, which are now contaminating the drinking water of tens of millions of American men, women and children.

Given the information outlined above, one can only wonder what other pharmaceutical funding is linked to activist groups such as the ones listed in this article, and one shudders to think of how many activist groups have been corrupted by funding from Big Pharma and other companies with agendas that are anything but in the public interest.

It is easy to see how such hypocrisy and subterfuge can corrupt decision making, the same as can paid lobbyists and political funding. Obviously it would be in the distinct public interest to require full disclosure of funding sources for every organization which petitions a government agency or legislative body to see where there might be funding sources who would stand to benefit as a result of the desired action or legislation.

Similarly, it would also be in the public interest to require full details of all the activities and efforts of lobbyists, including expenses and the details of each meeting held by lobbyists with government officials. While we are at it, we would also be a better informed and better served citizenry if every elected official’s vote on any measure included donations and links to any companies or other entities affected by such legislation.

Granted, such reforms are a tall order, but until we see such altruistic change all the talk about true transparency in government is merely lip service – and the words from our own lips will continue to have little chance of reaching those whose ears are captured by the special interests who have bought them off and rigged the process in their favor.

The complete list of groups who signed the petition to the EPA is: The International Center for Technology Assessment, the Center for Food Safety (the sister organization of the CTA), Beyond Pesticides, Friends of the Earth, Greenpeace, ETC Group, Center for Environmental Health, Silicon Valley Toxics Coalition , Institute for Agriculture and Trade Policy, Clean Production Action, Food and Water Watch, the Loka Institute, the Center for Study of Responsive Law, and Consumers Union. 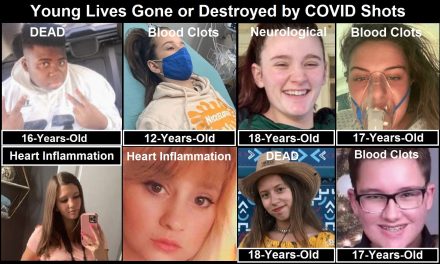 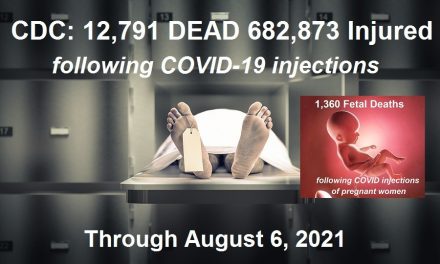 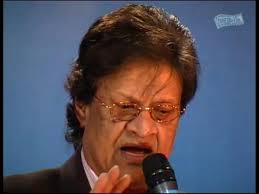