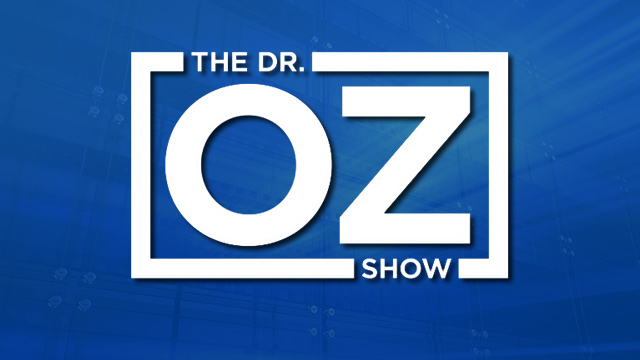 (NaturalNews) The pro-pharma, anti-nutrition mainstream media is engaged in an all-out panic over the success of Dr. Oz in teaching nutrition and disease prevention to the American public. Not surprisingly, all the usual suspects — media outlets funded by Big Pharma advertising money — have unleashed a wave of hit pieces against Dr. Oz, claiming his advice is “unproven.”

This is rather hilarious from the outset, considering the irrefutable fact that nearly all the most popular drugs don’t work on most people. The FDA will approve a drug for a disease based on a mere 5% efficacy rate, meaning the drug doesn’t work for 95% of subjects. Flu shots, even when they do work unlike the failed flu shots formulated this year, only prevent the flu in about 1 out of 100 people who receive the shots. So almost 99% of the people who take them receive no benefit (but they do get the extra bonus of mercury, as flu shots administered in the USA still contain this toxic heavy metal which is intentionally added to the formulations). I verified this myself via ICP-MS laboratory instrumentation that conducts mass spectrometry elemental analysis using a quadrupole mass analyzer. (See Labs.NaturalNews.com)

All the media outlets attacking Dr. Oz also have extreme conflicts of interest which they routinely fail to mention: they all take money from drug companies in the form of drug-pushing ads. Nearly all the top drug companies running those ads have criminal records and histories of repeatedly committing felony crimes against the people of the world. For example, GlaxoSmithKline admitted guilt in a massive bribery scheme where they paid off 44,000 doctors in the USA to push their drugs. Most of that bribery went to doctors who prescribed drugs OFF-LABEL, meaning the drugs were prescribed for disease symptoms and conditions for which they were never approved by the FDA.

Those prescriptions, in other words, were backed by ZERO scientific evidence. This is the dirty little secret of the drug industry, and the mainstream media completely ignores this massive fraud taking place across the western medical industrial complex: Most drugs prescribed today have never been tested nor approved for the health conditions for which they are prescribed. This little-recognized fact turns most of the drug industry into nothing more than a high-profit quack fest.

Last year, GlaxoSmithKline finally had to admit its executives were running a criminal bribery scheme in China, and Novartis was discovered to have faked clinical trial results and committed yet more scientific fraud while running hospital kickback schemes to push its drugs.

Merck, for its part, is home to two virologists who filed a False Claims Act against the company with the federal government, describing how Merck would spike post-vaccine blood samples with animal antibodies in order to commit scientific fraud and fool the FDA.

Pfizer ran vaccine experiments in Nigeria that killed children, causing Nigerian authorities to issue arrest warrants for Pfizer executives. Price fixing crimes are so common among drug companies that numerous U.S. states have threatened to level criminal charges against those companies if they didn’t refund the money they stole from state coffers. Read my detailed investigative article entitled Big Pharma criminality no longer a conspiracy theory: Bribery, fraud, price fixing now a matter of public record for even more examples.

So what we’re really seeing here is a mainstream media funded by a criminal pharmaceutical mafia while attacking the top doctor in the nation who’s teaching people how they can avoid becoming the latest victims of Big Pharma. Dr. Oz teaches people to make healthier food choices, get off dangerous medications and take responsibility for their own health. Because he helps people prevent disease and avoid costly medications and hospital bills, Dr. Oz is now being framed as a “bad” person who threatens the profit interests of the drug cartels.

For the record, I don’t agree 100% with everything Dr. Oz advocates, but I do consider him a compassionate, intelligent and well-informed doctor who has displayed remarkable personal and spiritual courage to tell the truth in an era when telling the truth gets you viciously attacked. Dr. Oz, in fact, should be America’s Surgeon General. In my view, Dr. Oz is to the health care system as Rand Paul is to the political system: both men are medically trained, both are highly intelligent, both are very successful within the system, and both of them want to push for real reforms that benefit the People.

Why does the media attack Dr. Oz but dare not mention the CDC whistleblower?

Keep in mind this same media that’s now ravaging Dr. Oz with a wave of negative stories was willfully silent about the CDC whistleblower story that broke earlier this year. A high-level CDC official openly admitted to a CDC cover-up of statistical data linking vaccines to autism in young African American boys. That story was completely blacked out by the mainstream media, which is of course a “pro-vaccine, pro-pharma” media that doesn’t even pretend to be objective anymore.

When it comes to health, the entire purpose of the mainstream media is to function as the marketing and propaganda arm of drug companies and biotech corporations, not to share information that might actually help people live healthier lives. In fact, anyone in America who has any real success teaching people how to be healthy is viciously slandered, defamed and subject to ridicule by the so-called “scientific” community which is really a gang of pharma mercenaries pushing corporate profits under the false banner of “science.”

All these media outlets attacking Dr. Oz, should be absolutely ashamed of themselves. They are punishing the very person who is helping Americans protect their health, maintain their productivity and avoid high-cost medical bills. If everybody in America ate the way Dr. Oz recommends, we would see a wave of cancer prevention, improved work performance, fewer sick days, lower medical costs and enhanced quality of life across the board. Isn’t that what we should want for America?

It is disgusting that America has become a nation where profits are such a high priority that teaching people how to prevent disease earns you a large target on your forehead. People like Dr. Oz should be celebrated for their courage and wisdom, not subjected to the mud-slinging denigration of a lying media establishment that is almost entirely whored out to pharmaceutical interests.

If anyone should be called to the mat for giving out dishonest health advice to the public, it’s the drug company advertisements and the media companies that profit from them. Thanks to their campaign of total propaganda and anti-health disinformation, more Americans are now on psychiatric drugs, statin drugs and diabetes drugs than at any other time in history. That this is widely considered a business “success” in America is a total indictment of both the drug companies and the sellout media corporations that promote them.

Any nation where business “success” is defined by how many people the establishment can cajole into taking monopoly-prived, high-profit drugs is a nation that has shamelessly sold out the People to be exploited for corporate gains. If America were honest about public health, drug company ads to the general public would be illegal just like they are in the rest of the world. Mercury would be removed from all flu shots, and people like Dr. Oz would be given Presidential awards for teaching the public how to improve their health and reduce health care costs in the process.

Unfortunately for America today, chronic disease is BIG business, and all the corporate interests whose contrived propaganda campaigns are featured in the pages of pro-business magazines are wholly dependent on the continued worsening of public health as their “growth” strategy.

They are counting on a new wave of Alzheimer’s patients to generate returns for investors. They need a steady stream of cancer patients to keep the dollars flowing into the chemotherapy centers. The dialysis manufacturers need mercury in flu shots to keep causing kidney failure that brings in new patients. Bariatric surgeons need the continued churning out of nutritionally-depleted factory foods to feed the next generation of America’s morbidly obese, all of whom qualify for government-reimbursed surgical procedures that enrich the surgeons.

Disease management is such a massive, high-profit business in America today that any who oppose this march of disease-driven greed are very quickly targeted for character assassination campaigns. Food Babe got the exact same treatment, being viciously attacked and defamed by any number of shameless critics and publications, almost all of whom are on the take with pharma money.

How many Americans are killed each year by pharmaceuticals?

The real root of this story is that all the pro-pharma publications who attack Dr. Oz are also contributing directly to the deaths of tens of thousands of Americans each year. At least 100,000 Americans die each year from the deadly effects of prescription medications, and the real number is probably over 200,000.

By comparison, about 50,000 Americans were killed in the entire Vietnam War. But Big Pharma’s media war being waged on the American people costs at least twice that many casualties each year right here at home. It is people like Dr. Oz who offer advice that can help people eliminate their need for dangerous medications and even prevent disease so they never need the meds in the first place.

Without a doubt, Dr. Oz is saving lives. Big Pharma is destroying lives, and the pro-pharma publications are co-conspirators in the shameless exploitation of human life for profit. Dr. Oz is a great American hero. He’s a beacon of truth standing out like a lighthouse above a sea of lies and deception spewed out by a pharma-funded media that has no qualms about promoting an industry that preys upon human suffering and sickness. We should all support Dr. Oz in his effort to teach people food wisdom, nutritional therapies, self-care and how to make healthy decisions that prevent disease and eliminate dependence on the corrupt medical cartels. 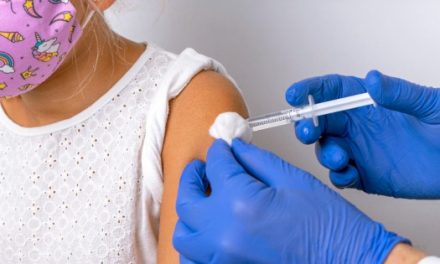 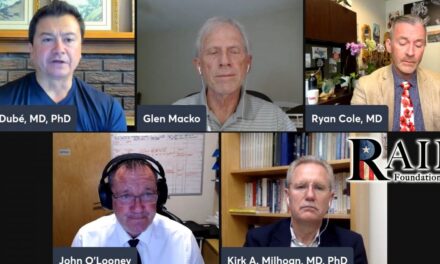 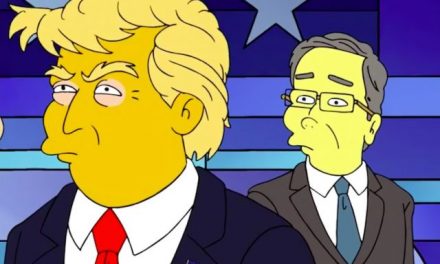 Why Is Trump Supporting The Vaccines? Woman Tells It Like It Is – Trump Is Not Your Savior 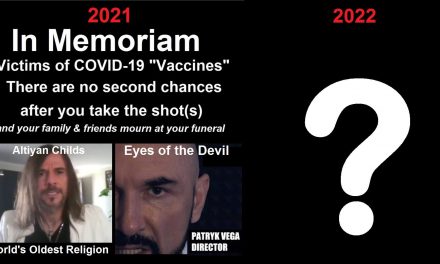