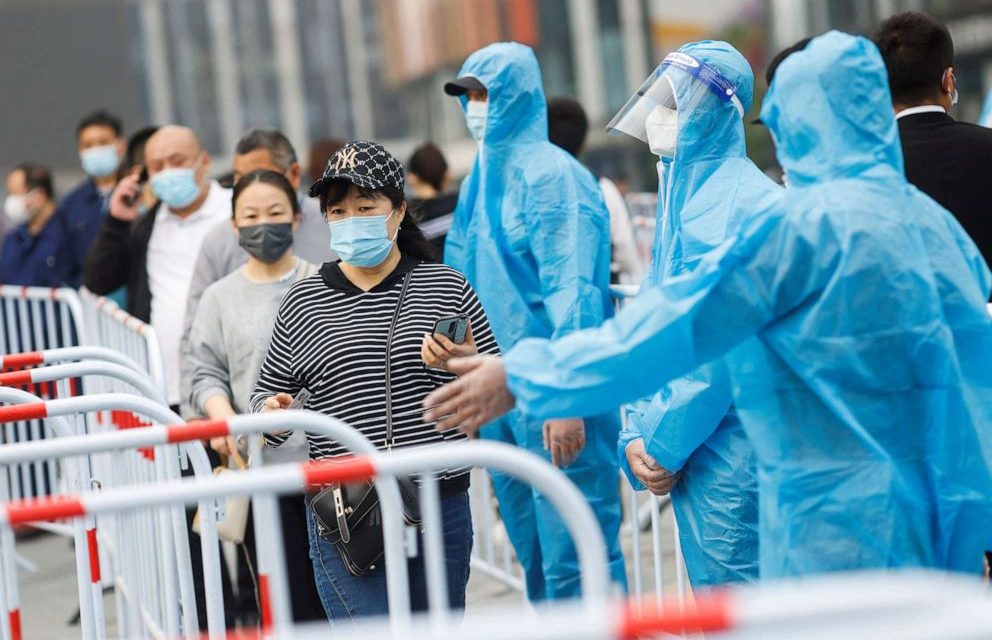 Claiming that new cases are breaking out in the Chinese capital city of Beijing, the Chinese government has ordered its 22 million citizens to start massive testing in what will eventually lead to locking down the entire city as is currently still happening in Shanghai.

Seeing what is happening in Shanghai, residents of Beijing began buying up all the food in stores in preparation for the coming lockdowns.

Hopes that the CCP might be easing its Shanghai lockdown were dashed this week as authorities loosened restrictions for manufacturers and others businesses, while mostly keeping restrictions on residential areas intact.

Instead of winding down restrictions in Shanghai, authorities are now scrambling to suppress an outbreak in Beijing which they believe may have been spreading for as long as a week.

While the number of new cases would be considered inconsequential anywhere else, authorities have placed part of Beijing under high alert, cancelling classes in a middle school where cases were detected, with the shutdown expectected to last for at least a week.

As authorities mobilized to try and curb the spread with mass testing, which has helped to scare locals into bracing for a lockdown, spurring sudden runs on grocery stores and other businesses.

Chaoyang is the biggest district in Beijing and is home to nearly 3.5 million people. (Source.)

Forced mass testing for COVID is being reported in the corporate media as a means to stop the spread of the “virus,” but of course just the opposite will happen when you start testing tens of millions of people. Look for this blueprint to be followed in weeks ahead in other places, like the U.S., where $BILLIONS have already been made by test manufacturing companies with over 400 COVID-19 tests currently enjoying emergency use authorizations by the FDA, giving them a guaranteed market.

Interestingly, the district in Beijing where testing began was the district where most foreigners live. Part of the narrative being used by Chinese officials to convince people to follow COVID protocols and lockdowns is because they fear an invasion or attack by the United States, pointing to Ukraine as proof of the United States aggression.

Beijing started mass testing millions of its residents as part of an unprecedented scheme designed to identify and squash omicron’s stealthy spread before it spirals out of control in the Chinese capital.

Nearly 20 million people will undergo three rounds of COVID testing through the weekend as Beijing’s municipal government expands the effort that started in the eastern Chaoyang district, where most cases in the recent flareup have emerged. The broader testing will encompass 10 other administrative districts and an economic development zone, which houses the headquarters for the e-commerce giant JD.com Inc. and other high-tech firms.

The scale of the program is unparalleled in Beijing, even as China has kept COVID in check since early 2020 thanks in large part to massive testing efforts that repeatedly spotted tiny incursions of the pathogen in the world’s most populous country. The arrival of the more infectious omicron variant has managed to penetrate the defenses of several cities and led to lockdowns like the one in Shanghai, an outcome authorities in Beijing hope to avoid.

The testing urgency underscores the importance of figuring out how long and how broadly omicron has been quietly spreading in the sprawling city, and devising a way to cut off those chains of transmission. The city on Monday locked down parts of the Chaoyang district, home to many expatriates, most foreign embassies and the central business districts. The test results will help local leaders figure out how to isolate the infected and those exposed to the virus. (Source.)

As these lockdowns spread to major cities in China, crushing local businesses, a new Black Market is developing.

Chinese stocks got slammed overnight as rumors about a potential lockdown in Beijing have sent people scrambling for food and other necessities (many items, like fruit, coffee and even disposable diapers are now considered “frivolous” under the terms of the lockdown in Shanghai). Meanwhile, the situation in Shanghai, having entered its 4th week (and even longer in the eastern part of the city), has spurred a level of need that is not only leaving citizens desperate – but also reminding many of the bad old days when central planning was the status quo in China, creating an environment that allowed black markets to flourish.

Indeed, as the New York Times reports, black markets are flourishing once again in the lockdown era, but this time around businesses are the main participants as they scramble to find ways to meet their customers needs while complying with impossibly strict CCP measures.

As a result, the costs of purchasing certain essential items – including day passes to travel on Shanghai’s mostly deserted streets, are costing businesses the equivalent of $2,000 per day, costs that are being passed down to consumers.

Because of Covid restrictions, commercial trucks have a hard time delivering food and household goods to Shanghai. Inside the city, only vehicles with passes are allowed on the road.

On the black market, some operators are willing to pay $2,000 for a day pass. The cost is then priced into the groceries they sell to the residents.

One owner of a logistics company who spoke to the NYT said the situation in China is so bad, it’s without precedent.

“I’ve been in the logistics business for 28 years,” Mr. Yang, 47, said in an interview. “But I’ve never seen a mess like this. There were numerous emergencies to deal with.” He estimates that he lost tens of thousands of dollars in March.

I fully expect a parallel economy and “black market” to develop here in the U.S. also if they start locking people down again, and enforcing COVID passports showing proof of COVID vaccination, as about one third of the U.S. population still remains unvaccinated, or only partially vaccinated. 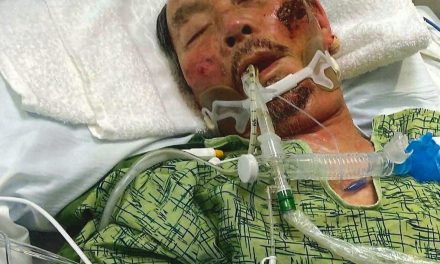 A Judge Stands up to a Hospital: “Step Aside” and Give a Dying Man Ivermectin