Freinds Of The Earth……..News Release

New tests find bee-killing pesticides in 51% of “bee-friendly” plants from garden centers across U.S. and Canada

Washington, D.C. – Many “bee-friendly” home garden plants sold at Home Depot (NYSE: HD), Lowe’s (NYSE: LOW) and Walmart (NYSE: WMT) have been pre-treated with pesticides shown to harm and kill bees, according to a study released today by Friends of the Earth and allies.

The study, Gardeners Beware 2014, shows that 36 out of 71 (51 percent) of garden plant samples purchased at top garden retailers in 18 cities in the United States and Canada contain neonicotinoid (neonic) pesticides — a key contributor to recent bee declines. Some of the flowers contained neonic levels high enough to kill bees outright assuming comparable concentrations are present in the flowers’ pollen and nectar. Further, 40 percent of the positive samples contained two or more neonics.

The study is a larger follow up to a first-of-its-kind pilot study released by Friends of the Earth last August. The new study expanded the number of samples and number of locations where plants were purchased, and also assessed the distribution of neonic pesticides between flowers and the rest of the plant.

“The high percentage of contaminated plants and their neonicotinoid concentrations suggest that this problem continues to be widespread,” said Lisa Archer, director of the Food & Technology program at Friends of the Earth-U.S. “Most gardeners have no idea that their gardens may be a source of harm to bees. We’re calling on retailers to get neonicotinoid pesticides out of their plants and off their shelves as soon as possible. Until then, gardeners should buy organic plants to ensure the safety of bees.”

“Our data indicate that many plants sold in nurseries and garden stores across the U.S. and Canada are being pre-treated with systemic neonicotinoid insecticides, making them potentially toxic to pollinators,” said Timothy Brown, Ph.D., co-author of the report from the Pesticide Research Institute. “Unfortunately, these pesticides don’t break down quickly so these plants could be toxic to bees for years to come.”

Bees and other pollinators, essential for the two-thirds of the food crops humans eat every day, are in decline in countries around the world. The European Union banned the three most widely used neonicotinoids, based on strong science indicating that neonics can kill bees outright and make them more vulnerable to pests, pathogens and other stressors.

A new meta-analysis of 800 peer-reviewed studies released this week by the Task Force on Systemic Pesticides — a group of global, independent scientists — confirms neonics are a key factor in bee declines and are harming beneficial organisms essential to functional ecosystems and food production, including soil microbes, butterflies, earthworms, reptiles, and birds. The Task Force called for immediate regulatory action to restrict neonicotinoids.

Neonicotinoid insecticides have been responsible for several high profile bee kills from high doses of the pesticides, but a strong and growing body of science shows that neonics contribute to impairment in reproduction, learning and memory, hive communications and immune response at doses far below those that cause bee kills. In this study, all of the nursery plant samples where neonics were detected have the potential to harm or even kill bees.

More than half a million Americans have signed petitions demanding that Lowe’s and Home Depot stop selling neonics. In the face of mounting evidence and growing consumer demand, nearly a dozen nurseries, landscaping companies and retailers, are taking steps to eliminate bee harming pesticides from their garden plants and their stores. BJ’s Wholesale Club, with more than 200 locations in 15 states, announced today it will require vendors to remove neonics from plants by the end of 2014 and/or require warning labels for plants treated with neonics.

“A growing number of responsible retailers have decided to be part of the solution to the bee crisis and are taking bee-harming pesticides off their shelves,” said Archer. “We urge Home Depot, Lowe’s and other major retailers to join these leaders in making our backyards and communities safe havens for bees.”

A majority of the UK’s largest garden retailers, including Homebase, B&Q and Wickes, have already voluntarily stopped selling neonics.

“There is a growing movement around the world demanding that we protect the bees essential to our food supply,” said Taren Stinebrickner-Kauffman, executive director of SumOfUs. “Lowe’s and other retailers need to stop selling Bayer’s bee-killing pesticides and start being part of the solution to the bee crisis.”

In addition to pressuring retailers, U.S. groups are calling for the government to restrict neonics in the United States as they have in the EU. Despite more than a million public comments urging swift protections for bees, the EPA has delayed taking substantive action on neonicotinoids until registration review is complete.

In 2013, U.S Representatives Earl Blumenauer (D-Ore.) and John Conyers (D-Mich.) introduced the “Saving America’s Pollinators Act” which seeks to suspend the use of neonics on bee-attractive plants until EPA reviews all available data, including field studies. This bill has bi-partisan support and 68 cosponsors. Last week President Obama announced a federal strategy to protect pollinators and called on EPA to assess the effect of pesticides, including neonicotinoids, on bees and other pollinators within 180 days.

“It is deeply troubling that retail garden centers like Home Depot and Lowe’s continue the sale of neonicotinoid pesticides and seedlings and plants pre-treated with such pesticides as supposedly “bee-friendly” products.  This is an unfair and deceptive practice.  Many consumers are not made aware that the “bee-friendly” products they purchase have been pre-treated with neonicotinoids or the damaging health effects they have on honey bees or other pollinators, as demonstrated by rigorous scientific reviews. This is disturbing, especially considering the alarming rate of honey bee decline and colony losses.  Our food system and agriculture industry cannot afford for the use of these pesticides to continue. I encourage retailers to immediately remove the sale of neonicotinoids and any products pre-treated with such pesticides until the Environmental Protect Agency has completed its review of neonicotinoids and determined whether such pesticides have an unreasonable and adverse-effect upon honeybees and other pollinators,” said Congressman John Conyers.

“Pollinator decline is a grave concern for farmers and consumers world-wide. I am deeply concerned about the findings in this report, which illustrates why passing our Saving America’s Pollinators Act is so urgent. I was pleased to see the White House call for the establishment of a Pollinator Health Task Force, which is a positive step. I will continue to urge the EPA to both expedite its review of neonicotinoid pesticides, and, in the meantime, suspend their use until the agency has thoroughly demonstrated that these pesticides do not pose a threat to pollinators,” said Congressman Earl Blumenauer.

The Report Gardeners Beware 2014: Bee-Toxic Pesticides Found in “Bee-Friendly” Plants Sold at Garden Centers in the U.S. and Canada, tips for consumers and a complete list of the co-releasing organizations and cities where plant samples were gathered can be found at www.BeeAction.org.

SumOfUs.org is a global movement of consumers, investors, and workers all around the world, standing together to hold corporations accountable for their actions and forge a new, sustainable and just path for our global economy. www.SumOfUs.org 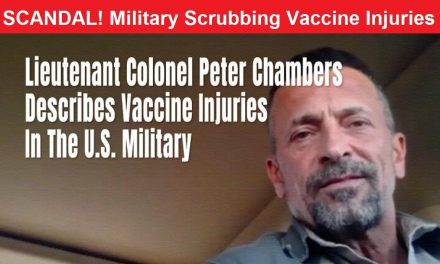 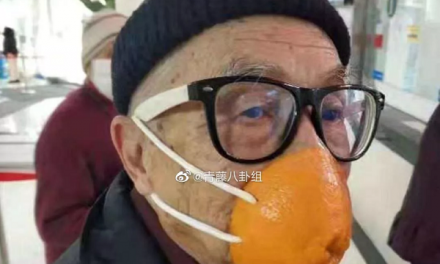 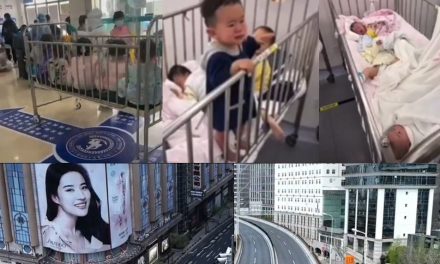