How Can the “Evangelical Right” Promote Parental Rights While at the Same Time Supporting Child Trafficking?

The Parental Rights Foundation sent out a newsletter to its subscribers last week from their president, William A. Estrada, with an article titled:

Parents Are Winning. That’s Why Opponents Are Turning Us Into Bogeymen.

The article was also published in The Daily Signal.

It was a response to an article published in Salon by Kathryn Joyce titled:

Joyce has a long history of trying to pin blame on right-wing evangelicals. She has previously attacked international adoptions and large families only if they’re Christians (not any other faith, or lack thereof). So, it is not particularly surprising that now that parents from across the political spectrum are speaking up, she’s ready to blame it all on her favorite scapegoat: right-wing evangelicals.

Except it’s false: Parents from across every racial, demographic, ethnic, and political background are fighting against bureaucrats over who will decide basic questions regarding the education, upbringing, and care of their children.

It’s not just right-wing evangelicals. It’s parents from across the political, religious (and nonreligious), and demographic spectrums. (Source.)

Having covered the issue of “parental rights” for going on 8 years now, mainly through our MedicalKidnap.com platform, this is a topic I am very familiar with.

And while I agree with Estrada’s assertion that the parental rights issues cross ideological lines and should not be strictly a “right-wing evangelical” issue, I am also familiar with Kathryn Joyce’s work, and in particular her criticisms of the evangelical right’s position on international adoptions, and the whole “Orphan Care” movement among evangelicals, which is basically a child trafficking movement, because it is mainly funded by the U.S. Government.

“Orphan care” includes not only international adoptions, but participation in the U.S. Foster Care system, the #1 pipeline for pedophiles and child sex trafficking.

We have published many articles on this very evil system called “child welfare” which includes Child Protection Services, Foster Care, and Adoption, and this Government child trafficking system can only exist today with the help of Evangelical churches and organizations, such as the Christian Alliance for Orphans, and many of their partners, like Focus on the Family.

See some of our previous articles on these topics:

As we have previously reported, there are almost a half million children in Foster Care in the United States, and the vast majority of them did not come from “abused homes,” but were forcibly removed from their homes where neither the parents nor the children wanted to be separated.

Many of these cases are true “medical kidnapping” stories where a parent disagreed with a prescribed treatment from a medical doctor and were then charged with “medical neglect” and had their child taken away from them, or the child was taken away from their parents because their parents brought the child to an emergency room after a fall or some other injury, and a “Child Abuse Pediatrician” looked at some x-rays and determined that the child was abused and then was removed from the home.

Dr. David Ayoub, a radiologist by training who has researched infantile rickets and the many causes of “brittle bone” disease, which includes vaccine injuries, that are often interpreted as “Shaken baby syndrome,” has previously stated that he believes up to 50,000 wrongly-convicted parents or caregivers may currently be serving prison records for abuse they never caused. See:

Legal Experts: Shaken Baby Diagnosis Leads to “Destruction of Families Beyond Anything Comparable in the Modern History of the American Justice System”

This evil system can only exist due to massive government funding for a child trafficking system called “child welfare” that brings in $BILLIONS from federal and state funding, and the Evangelical Community is very willing to take much of that money to provide the “foster and adoption” services through their churches and evangelical groups.

There is tremendous funding and awareness in these churches to recruit foster and adoptive parents, and then to support them, but almost ZERO funding to help the biological family, who is usually poor and troubled.

The entire Orphan Care movement within Evangelical Christianity is based on a LIE: that there are millions of orphans around the world with no parents just waiting to be adopted.

But the fact is, the truth is exactly the opposite. There are so many people who want babies today, that there is a shortage of children worldwide to meet the demand. I deal with this more fully in this article published in 2019:

Adoption and foster care are so entrenched in Evangelical Christianity today, that every time I publish an article like this talking about how evil the Child Welfare system is, I invariably get criticized and attacked, being accused of not caring about children who come from abused homes, and how all these children would suffer if we abolished the entire Child Welfare system, which is exactly what needs to happen, as it is too corrupt to reform.

But abolishing the evil Foster Care and Adoption system would not put truly abused children at risk, if these churches and organizations are more concerned about actually helping not only children but their parents, and were willing to do it without any government funding.

Because that is the heart of the problem: The Evangelical Church is in bed with the government, and they are unwilling to do the hard work of actually helping poor and distressed families apart from these massive government-funded programs.

And a LOT of that government funding goes into the pharmaceutical industry, as foster children are put on psyche drugs at a much higher rate than children outside of the system, and once the child is a ward of the State, they have a free pass to not only put these children on their pharmaceutical products, but they can also enroll these children who are wards of the State in drug trials without the approval of the parents, and Medicaid picks up the entire tab. See:

So while Estrada and the Parental Rights Foundation is upset with Kathryn Joyce’s piece and her attack on evangelicals, the solution is actually quite simple.

What is Joyce’s main point in her article? It is stated right in her sub-heading:

Is not the solution for evangelicals obvious??

STOP ASKING THE GOVERNMENT TO EDUCATE AND TAKE CARE OF YOUR CHILDREN AND EDUCATE THEM YOURSELVES!!

Oh, but then that would mean at least one parent would have to not work and stay home to educate them. And unless you are a foster parent fostering other people’s children and collecting a paycheck from the government to stay home, these expenses of raising your own children and educating them would fall on you.

I can hear some Christians now saying: “But what about the poor parents who cannot afford to stay home and educate their children?”

Instead of providing funding and services to your existing church members to take other people’s children and foster and adopt them, spend that money and develop services, without government help, that allows that poor single parent to stay home and parent their child!

But that would be hard work, and it would pit churches against the government because the government is not going to give up their child trafficking multi-$BILLION business without a fight, and they will not tolerate competitors.

No, it’s better to just take the government payouts and don’t buck the system, and that includes taking money to setup COVID-19 vaccine clinics in their churches now, so the children can be offered to the Vaccine gods right in the churches.

If the Evangelicals want to be looked to as the foundation of “Parental Rights,” they need to get out of bed with the government and stop being part of the Satanic world system, and do the work of actually fighting evil and resisting it, and I don’t see that happening anytime soon.

The reason is that these groups like Parental Rights Foundation are supported by the Evangelical base, and to expose these evils would reduce their support base, which include foster parents, social workers, medical doctors like Child Abuse Specialists, family law attorneys and judges, all who benefit financially from the system and sit in the pews of these evangelical churches every Sunday.

When I exposed the whole Evangelical participation in child trafficking through adoption and foster care back in 2019, I sent the article to the then-president of the Parental Rights Organization.

He didn’t originally reply, so I sent him a follow-up email to make sure he received it, and he replied:

I got it. Thank you.

I haven’t had even a few minutes to look it over and sort out what to do with it yet, so I apologize for the delay. But it’s here.

That was back in October of 2019, and he still has not replied, nor has the Parental Rights Organization addressed this problem of evangelicals being in bed with the government and supporting the very system where children are sexually trafficked and used in drug trials for experimental purposes.

So until the American Church stops participating in the government child trafficking system, I don’t see how the world can look to them as the champion of “parental rights.”

UPDATE: Since publishing this, I wanted to clarify that there are some evangelicals that are now beginning to see some of the downfalls of Orphan Care, and are looking more at “Family Reunification.” One of those recently published an Op Ed at the Christian Post, Francis Chan:

A ‘sense of family’ isn’t a family: Rethinking orphanages and orphan care

Also, ParentalRights.org has done some good work over the years, and their lead attorney, James R. Mason, has litigated some great cases in Federal Court to protect family rights.

So I don’t want to be overly negative, but until the Evangelicals are called out for their unholy alliance with the Government and they repent and leave the system, I don’t think much will change. If Evangelicals completely pulled out of the Child Welfare system, that would have a far greater impact and stopping much of this child trafficking, than anything they accomplish though legislation or the judiciary. 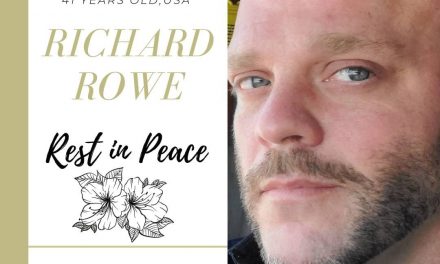 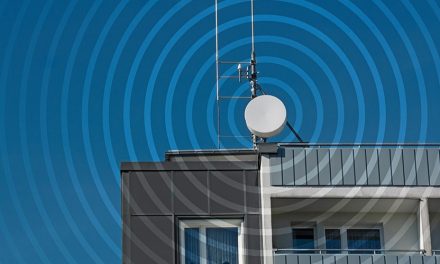 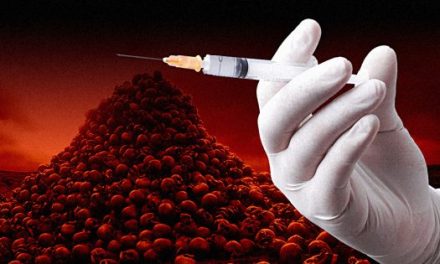