In a shocking interview just published yesterday by Project Veritas, a whistleblower who allegedly works in federal law enforcement within the Department of Homeland Security, has stated that known criminal gang members who are listed with “Transnational Criminal Organizations” and are on government “watchlists,” are not only being allowed to cross the border and come into the United States, but they are being issued Employment Authorization Cards by simply stating that their lives are in danger if they are forced to return to their countries.

He states that ALL of these “Transnational Criminal Organizations” are involved in child sex trafficking.

The whistleblower states that they are lying, because their lives are not in danger back in their home countries, because they are the ones causing the danger, which is why they are on the Transnational Organized Crime [TOC] watchlist.

“These are the people that are causing danger in those foreign countries. That’s why they’re on the Transnational Organized Crime [TOC] watchlist. So, they are allowed to stay in the country while they wait for the asylum claims…They will be able to file for what is called the Employment Authorization Card. This essentially is a work permit, and they’re allowed to stay legally under the protections of this [permit].”

He states that what these gang members are doing at the border by bringing in children who are not accompanied with their parents for the purpose of sex trafficking, is a “bigger problem then terrorism.”

“This to me is a bigger problem than terrorism is right now within the country…Every single one of these Transnational Criminal Organizations are involved in sex trafficking.”

“Children are the most vulnerable population of any society. So, when you’re sending kids to a place with no family [accompanying them] – or when the only family or guardians [they have] are known gang members, they’re even more vulnerable.”

James O’Keefe states that he has been contacted by other whistleblowers within DHS, but that they are still “on the fence” and afraid to go public. The whistleblower responds:

“I don’t understand the part where you can worry about yourself more than something that is obviously very bad for either individual people, these kids, or for the rest of the country.”

To which the whistleblower finishes his sentence by saying:

“… could watch kids get raped and sex trafficked all over the world. Pretty easy decision to make.”

Watch the entire interview. This is from the Project Veritas Bitchute Channel.

So we now know that the U.S. is issuing work permits to known criminals who are sexually trafficking children coming across the border. And we can add to that the fact that some of these criminals with a past record of child sex trafficking who have been sitting in U.S. prisons are now being released into the public again, all in the name of “COVID.”

How is this not the biggest news story our nation is facing right now?

COVID-19. That’s why. COVID is the biggest mind-control propaganda program that was ever implemented in human history, which is distracting everyone from every other issue.

When O’Keefe asked the whistleblower: “So why not go to the N.Y. Times, the Washington Post and CNN?”

Because they are mouthpieces for these, this overall permanent government, type thing, and they won’t report the information.

“Permanent government.” The ones we don’t vote for. The Wall Street billionaires and bankers who really control this country.

And while he does say at another spot in the interview that the media is the “mouthpiece of this administration,” the current administration is just following orders from the “permanent government.”

Unfortunately, most will just watch this interview and just shake their head in disgust, and then move on to the next story, or go on social media and argue about things like whether or not the Pfizer shot is “really FDA approved,” or some other issue deemed more important.

But that’s because people have tunnel vision and don’t see the bigger picture, and how all of these issues are tied together and run by the same group of people, and they are not politicians.

The other reason is because who really knows what “child sex trafficking” means, if you don’t put names and faces before the public to show just how horrific this issue really is? Who is doing that?

We are, and we have been doing it for many years now.

If you truly want to know how horrible this topic is, and how it is now accelerating at a very past pace, then read some of the stories we have published in the past about how this has been going on for many years, and the families who have suffered from having their children forcibly taken away from them and put into the foster care network where they suffered unimaginable crimes that are the worst crimes against children that can possibly happen.

Read about the little girl Devani in Arizona who was taken away from parents who loved her, and put into the foster home of a pedophile along with other children where she was repeatedly raped while being recorded and marketed as pornography on the Internet.

Or read about Catherine Wang in Nebraska, the state known for Boystown and the Franklin Scandal which still operates to this day in one of the centers of child sex trafficking in the U.S., where NO ONE has come to justice to pay for these crimes!

Catherine and her husband were Chinese scholars and medical professionals who came to Nebraska, and their two daughters were at the top of their classes before they were lured and forced into a lifestyle of sex trafficking, ruining their lives.

Children have been medically kidnapped and marketed through the U.S. Foster Care system, the main pipeline to child sex trafficking which includes the children coming across the border, for many years now. But it is accelerating at a very fast pace today, thanks to the COVID Plandemic.

If you truly want to know just how horrible this child sex trafficking problem is, a problem that we have allowed to exist for far too long, then watch the documentary produced earlier this year that Polish film producer Patryk Vega published, Eyes of the Devil, if you think you can stomach it. Just don’t plan on getting a good night’s sleep tonight, if you dare to watch it.

I noticed how the whistleblower in this interview, when mentioning some of the criminal gangs involved in child sex trafficking that are being released from prison right here in the U.S., mentioned Eastern Europe (Romanian gangs).

Because that is where Eyes of the Devil takes place, in Eastern Europe, and it exposes the child brothel markets in Eastern Europe and Germany, and how after these young children, starting at age 4, are employed at these child brothels until they are sexually abused so much that they are no longer worth anything to the clients they are marketing them to, that they just end up killing the children and marketing their body parts.

How can we allow this system to continue?

The U.S. Government is currently the largest employer in the U.S. Honestly, it would not take much to collapse the Wall Street Billionaire Globalists’ system.

Everyone who today collects a paycheck from the government, whether you’re a teacher, law enforcement, military, social worker, etc., needs to look at themselves in the mirror right now and ask themselves: “Do I really want to work for this Satanic Luciferian system?”

Whistleblowers like this one are great for exposing the problem, but we need to move beyond whistleblowing, and STOP participating in the system altogether.

Then we need to destroy it, and rebuild it.

When you contemplate whether or not you’re going to comply with COVID mandates like their vaccines as a condition for employment, you need to understand that this system is way more corrupt and evil than just one single issue, even as terrible as the COVID-19 vaccines are which are killing millions worldwide right now.

The future of our nation, our children and their future, is what is at stake here.

But the hour is late, and I can guarantee you that there is a God of justice who sees all, and his patience on humanity is wearing thin. If we don’t act soon to stop all this evil, I guarantee you, he will.

And when the Great Reset is implemented, and the New World Order is established, it will not be the one that many people are fearing today.

Let all who live in the land tremble, for the day of the LORD is coming. It is close at hand– (Joel 2:1) 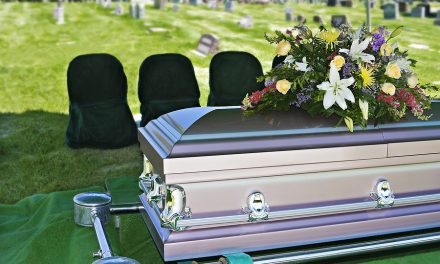 We The People – Constitutional Conventions