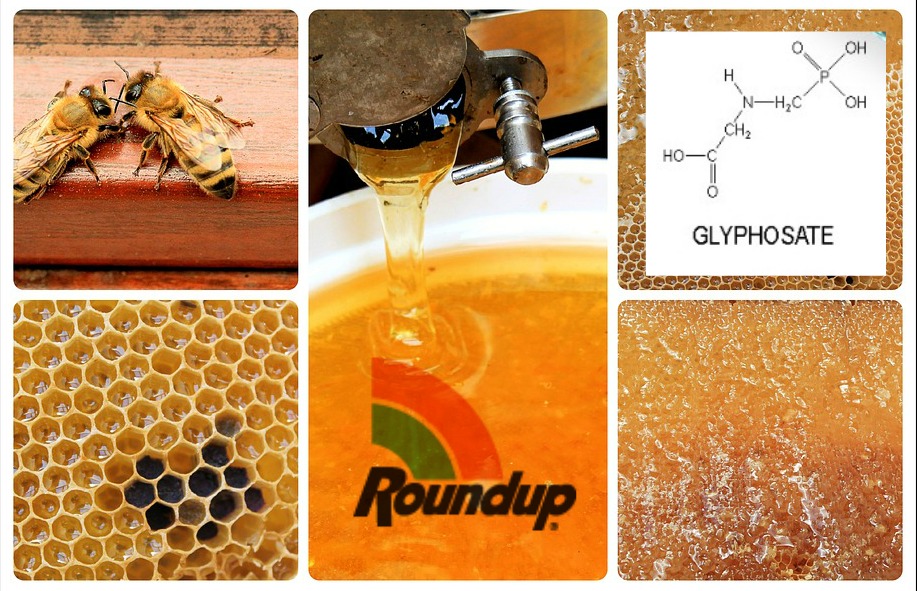 Even though government agencies like the FDA and USDA are supposed to inspect and test food samples – and the USDA does do that – neither of them have tested for glyphosate residues for decades even though it is the world’s most heavily used herbicide. The long-held position on glyphosate testing is that it is “too expensive, too unnecessary” even though simple ELISA testing makes it possible.

Glyphosate – the active ingredient in Monsanto’s Roundup and now other chemical compounds thanks to an expired patent – has been found in pregnant women, breakfast foods, snacks, urine, blood, breast milk, tampons, beer, vaccines, in stillborn piglets and so much more. It should be a top-priority to make sure non-Roundup-Ready beings are never exposed to glyphosate since it causes breast cancer in parts per trillion. In 2015, the World Health Organization’s IARC declared that glyphosate was a “probable human carcinogen” and it was recently verified that it alters DNA in a very damaging way.
So one would think it would be prudent to test food samples like honey considering that we have a pollinator crisis and considering that honey is the product of pollinators who grab their food supply in a world besieged by Roundup Ready crops. Last year, researchers found glyphosate residues in honey, soy sauce and many other food and condiments. Could that be why the FDA quietly tested honey samples? Typically, government agencies like the FDA and USDA roll out the protected red carpet for multinational corporations like Monsanto. This time, however, public pressure has twisted the FDA’s arm into testing honey for glyphosate residue.

In examining honey samples from various locations in the United States, the FDA has found fresh evidence that residues of the weed killer called glyphosate can be pervasive – found even in a food that is not produced with the use of glyphosate. All of the samples the FDA tested in a recent examination contained glyphosate residues, and some of the honey showed residue levels double the limit allowed in the European Union, according to documents obtained through a Freedom of Information Act request. There is no legal tolerance level for glyphosate in honey in the United States.

Records obtained from the FDA, as well as the Environmental Protection Agency and the U.S. Department of Agriculture, detail a range of revelations about the federal government’s efforts to get a handle on these rising concerns. In addition to honey, the records show government residue experts discussing glyphosate found in soybean and wheat samples, “glyphosate controversies,” and the belief that there could be “a lot of violation for glyphosate” residues in U.S. crops.

Sure enough, independent research findings and public and scientific concern and especially criticism from the U.S. Government Accountability Office prompted the FDA to finally test for glyphosate residues earlier this year even though the agency usually skips glyphosate while conducting pesticide tests – and as usual, maintains the safety of glyphosate. The voice of reason, however, would prompt thorough and frequent testing to get an accurate gauge of the amounts typically consumed since glyphosate obviously winds up in a variety of produce and packaged foods. Trace amounts add up with each bite and there is evidence that glyphosate accumulates in animals and humans.

According to one internal email, an FDA researcher said:

It is difficult to find blank honey that does not contain residue. I collect about 10 samples of honey in the market and they all contain glyphosate.

Sadly, even “organic mountain honey” contained residue, according to the Huffington Post report.
Natural and Non-Toxic Products. Up to 50% Off – Every Day (Ad)

The following findings are blurring the lines of the “all natural” promises of food labels, likely unbeknownst to the honey producers themselves:

According to the FDA records, samples tested by FDA chemist Narong Chamkasem showed residue levels at 107 ppb in samples the FDA associated with Louisiana-based Carmichael’s Honey; 22 ppb in honey the FDA linked to Leighton’s Orange Blossom Honey in Florida and residues at 41 ppb in samples the FDA associated with Iowa-based Sue Bee Honey, which is marketed by a cooperative of American beekeepers as “pure, all-natural” and “America’s Honey.” Customers “can be assured that Sue Bee Honey is 100% pure, 100% all-natural and 100% American,” the Sioux Honey Association states.

Worse yet – while the EU glyphosate limit is 50 ppb, glyphosate is not supposed to be in American honey. Yet, one FDA chemist deflected the gravity of the issue by calling it only “technically a violation” but blaming the bees for introducing the unwanted ingredient as opposed to the beekeepers/producers (or the real people responsible for introducing an herbicide into the food supply.

This prompted people to wonder if the EPA would set a tolerance level for glyphosate and how high or low that bar would be set because that would determine if producers were “breaking the law.” Instead the agency retorted: “there is no dietary risk concern from exposure to glyphosate residues in honey at this time.”

Really? Last year’s Abraxis/Boston University study found “…glyphosate residues in 41 of 69 honey samples with glyphosate levels between 17 and 163 ppb, with the mean average being 64 ppb.”

Bill Huser, Vice President of Sioux Honey pointed out that glyphosate is common and that the pesticide will picked by bees looking for food and bringing it back to the hive. He listed the crops that could be easily visited by honey bees and affected by pesticide drift: clover, alfalfa, soy, cotton, etc. He added, “The industry doesn’t have any control over environmental impacts like this.”

He’s right – it’s the chemical industry and government agencies that have control over this impact and they have been negligent if their actions are contaminating food. This is precisely why environmental impact assessments are supposed to be done prior to a product entering the market, and checked on by regulatory agencies thereafter.

I don’t understand how I’m supposed to control the level of glyphosate in my honey when I’m not the one using Roundup – It’s all around me. It’s unfair.

It looks the buck was heavily passed around – to the detriment of the bees, the producers, the consumer and the food supply.

At least a California presentation of results suggests that perhaps, glyphosate screening will become more “routine.”

This article (FDA Finds Monsanto’s Roundup In Honey Samples Across America) can be republished with attribution to Heather Callaghan, source article and Natural Blaze.com, keeping all links and bio intact.