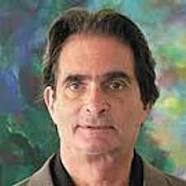 “There is a system designed to affect every human on the planet, from cradle to grave. For each person, I’m talking about 30 or 40 diagnoses of physical and mental conditions, many of which are false; and treatment with toxic chemicals that progressively debilitate, confuse, weaken, and destroy health and life. What would you call this system? Who would you blame?” (The Underground, Jon Rappoport)

Her name is Dr. Marcia Angell.

During her 20 years of work, she looked at, perused, and analyzed more medical studies than all mainstream science bloggers in the world put together.

You want to listen to an actual pro? Listen to her:

Marcia Angell, former editor of The New England Journal of Medicine, in the NY Review of Books, January 15, 2009, “Drug Companies & Doctors: A Story of Corruption”:

“It is simply no longer possible to believe much of the clinical research that is published, or to rely on the judgment of trusted physicians or authoritative medical guidelines. I take no pleasure in this conclusion, which I reached slowly and reluctantly over my two decades as an editor of The New England Journal of Medicine.”

Before you count Dr. Angell as a hero, consider this: why didn’t she blow the whistle loud and clear while she was editing The New England Journal? Why didn’t she burn her own Journal down to the ground? After all, she was publishing studies of clinical trials of new drugs, and those fake studies were praising the drugs as safe and effective.

And therefore, The New England Journal was aiding and abetting a crime—unleashing dangerous and ineffective drugs on the public.

Her Journal was responsible for that.

Yes, the dreaded R word. Responsibility. In many circles these days, it’s not a popular term.

Take drug companies, for example. As I wrote in a recent piece, when lawsuits are launched against these companies for making drugs that kill and maim, the standard defense is: “Don’t blame us. The FDA approved our medicine as safe and effective. We’re off the hook. We’ve discharged our responsibility.”

Really? Who created the drug in the first place? Who did the clinical trials? Who sells the drug?

There’s an either-or situation here. It needs to be exposed. It goes this way: Either the pharmaceutical company or the FDA is responsible for people dying. You can’t accuse both. Pick one.

That’s a fool’s game. Both entities are responsible; the company that created the drug and the FDA who approved it and certified it as safe and effective. (And the medical journals that published the crooked studies of clinical trials are also responsible.)

The FDA seal of approval doesn’t automatically exonerate the company. “Well, the government said our company’s drug was fine.” So what? Since when does the government have the last word? Would you say the US military-industrial complex is solely the responsibility of the government, and the defense contractors play no role in launching endless wars? That would be naïve to the extreme.

As my readers know, because I’ve cited the key review dozens of times, pharmaceutical drugs kill 106,000 Americans every year. That’s a conservative mainstream estimate. (See Dr. Barbara Starfield, Journal of the American Medical Association, July 26, 2000, “Is US Health Really the Best in the World?”)

All those drugs are approved as safe and effective by the FDA. They’re also created, developed, tested, and sold by drug companies. Anyone with a shred of understanding of RESPONSIBILITY would correctly point to the FDA AND the drug companies. (And medical journals.)

Therefore, a company arguing in court that they’re off the hook for killing people with their drugs, because the FDA approved them, is evading responsibility and trying to shift it to the government. And an honest judge and a reasonably intelligent jury would recognize that in a minute.

From the drug company’s point of view, there is a game going on. The company is doing whatever it can to please and satisfy the FDA, and if it can, then it can walk away without shouldering blame.

Obscuring one’s own responsibility is one of the major industries in any nation you care to examine. The numbers of people involved, the amount of money, the time, energy—this is a field of endeavor that expands every year.

A simple law would go a long way toward righting the ship: “A government certification of a product does not exempt the creator, developer, and seller of the product from facing legal action in criminal and civil court.”

From the street thug, to the highest corporate boardroom, to professional academic fabricators, the theme is the same: “It wasn’t me.”

—As opposed to attributing the cause of one’s action to someone else.

No. Not even close.

Of course, the US Dept. of Justice isn’t interested in any of these matters. If they were, they would be arresting drug company executives and researchers, FDA executives and drug-reviewers, and medical-journal editors who permit the publication of obviously fake studies of new drugs.

Understand: When you have medical drugs killing 106,000 Americans a year, this necessarily implies that published studies of clinical trials of those drugs—studies that praise those drugs as safe and effective—are a rank fraud.

Medical journals, the FDA, drug companies (and doctors)—a club. And each member of the club is responsible. Accountable. Culpable.

The next time a doctor, or some “science blogger” who loves mainstream published studies, sounds off about “real science,” show them this piece. And if they say that Dr. Marcia Angell is just one medical-journal editor, point them to the following:

“The case against science is straightforward: much of the scientific literature, perhaps half, may simply be untrue. Afflicted by studies with small sample sizes, tiny effects, invalid exploratory analyses, and flagrant conflicts of interest, together with an obsession for pursuing fashionable trends of dubious importance, science has taken a turn towards darkness…

“The apparent endemicity of bad research behaviour is alarming. In their quest for telling a compelling story, scientists too often sculpt data to fit their preferred theory of the world. Or they retrofit hypotheses to fit their data. Journal editors deserve their fair share of criticism too. We aid and abet the worst behaviours. Our acquiescence to the impact factor fuels an unhealthy competition to win a place in a select few journals. Our love of ‘significance’ pollutes the literature with many a statistical fairy-tale…Journals are not the only miscreants. Universities are in a perpetual struggle for money and talent…”

Two famous editors (Angell and Horton) of two of the most prestigious medical journals in the world torpedo their own corrupt practices.

And if that isn’t enough to put a dent in some potato-head, conventional, medical devotee, then just keep going with this, by the same Richard Horton, editor of the Lancet (from the same piece I just quoted:

Horton makes reference to a recent symposium he attended at the Wellcome Trust in London. The subject of the meeting was the reliability of published biomedical research. His following quote carries additional force because he and other attendees were told to obey Chatham House rules—meaning no one would reveal who made any given comment during the conference.

Horton: “‘A lot of what is published is incorrect.’ I’m not allowed to say who made this remark [at the conference] because we were asked to observe Chatham House rules. We were also asked not to take photographs of slides. Those who worked for government agencies pleaded that their comments especially remain unquoted, since the forthcoming UK election meant they were living in ‘purdah’—a chilling state where severe restrictions on freedom of speech are placed on anyone on the government’s payroll. Why the paranoid concern for secrecy and non-attribution? Because this symposium—on the reproducibility and reliability of biomedical research, held at the Wellcome Trust in London last week—touched on one of the most sensitive issues in science today: the idea that something has gone fundamentally wrong with one of our greatest human creations [biomedical science]”.

Conventional science bloggers, take notice. You’re working in a field where studies supporting the general consensus are tainted and stained.

Starting sentences with “the FDA approves” or “the CDC confirms” or “a study published in The New England Journal established” isn’t a ticket to the truth. Far from it.

You’re wading in a stench-ridden swamp, and you don’t know it; or you do know it and you don’t care, because you want to be part of the club; or someone is paying you to make absurd assertions. One way or another, you’re doomed if you follow the party line.

This is a much different landscape than you think it is. It’s a wholesale fabrication of what looks, sounds, smells, tastes, and feels like truth. But it isn’t. It’s a lying cartoon.

And it has vicious consequences for the health of the millions of people. 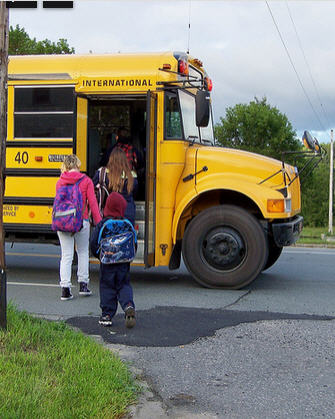 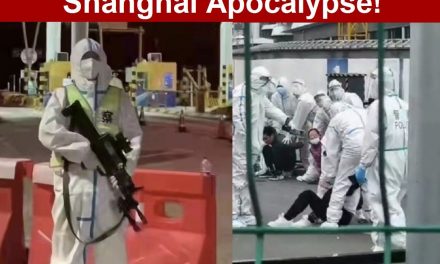