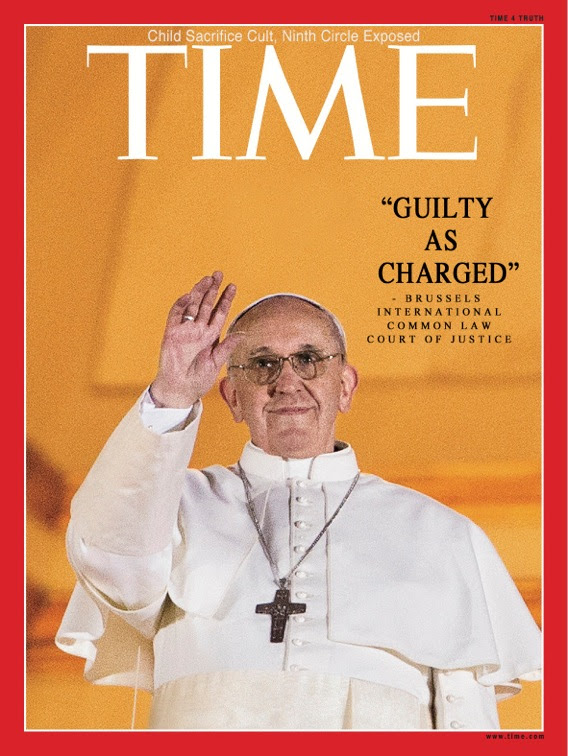 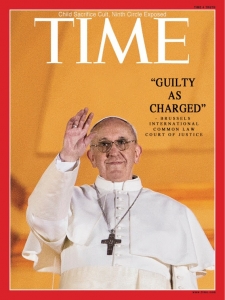 Last Easter Sunday, in an action akin to Martin Luther’s posting of his Ninety Five Theses, a lone figure placed a Proclamation on the door of the oldest catholic church outside of Italy, and announced the end of an era and the birth of another.(https://www.youtube.com/watch?v=1zvtuHT7Cl4&feature=youtu.be)

Like Luther, Kevin Annett is a renegade clergyman who is caught in a life and death struggle with the oldest corporation on our planet: the church of Rome. But unlike the defrocked monk, Annett represents a movement aiming to not reform that church, but abolish it entirely because of its “irredeemable criminal nature”.

And that abolition was announced this past Sunday.

The manifesto posted by Kevin Annett on the door of St. Martin’s catholic church is called the Maastricht Proclamation, and invokes both international law and the “law of heaven” to declare the legal and spiritual abolition of the Church of Rome. The Proclamation effectively nullifies the authority of the Roman Catholic church under the very laws and legitimacy by which the latter claims to operate. (see www.itccs.org, April 20, 2014)

But the repercussions of Reverend Annett’s action go far beyond Rome.

Interviewed today in Spain, where he is meeting with eyewitnesses to Vatican crimes, Annett comments,

“The modern Vatican is really the creation of Italian Fascism, whose Lateran Treaty in 1929 established the modern corporation called the roman catholic church: a de facto but legally fictitious and criminal body. In turn, that criminal syndicate helped spawn the horrors of the modern corporatist era, starting with Nazi Germany and leading to the present global New World Order. So by legally and spiritually disestablishing the Church of Rome, we are also dismantling that corporatist Order and all of the de facto, tyrannical authorities in the world, whether they be corporations, governments, or private courts.

“In other words, the Maastricht Proclamation is really a call to arms to all people to re-establish lawful de jure society across our planet, under the supremacy of the divine law of equality and peace: what we know as the Common Law.”

In effect, what began in Rome on a bleak February day in 1929 ended last EasterSunday, when the terms by which the Vatican operates as an overt criminal syndicate were lawfully negated under the terms of International Law. So while the church may continue to function as a de facto power, it does so as a rogue criminal body with no authority, and no right to its own property, wealth or laws.

What does this new step mean for the twenty year campaign by Kevin Annett to expose and stop the murder and trafficking of children?

“It’s a whole new ball game now” says Annett. “This isn’t about trying to hold a dying system accountable anymore, but about creating a whole new world through a new Covenant.

“Once we put church and state on trial, we really declared war on the entire system. And like Napolean once said, whoever makes a revolution half way is just digging their own grave. So now we need not just our own peace officers to enforce our Common Law court verdicts; we need to mobilize humanity to take back our world and the law from the criminals who are destroying us and our children’s future. And to do that, we need to re-contract all our relationships.

“So in truth, there are no more lawful authorities anymore, and we owe none of them allegiance. We need to remake such authority from the ground up, from among ourselves. That’s why we call it the New Covenant. And that’s what we’ve begun, with the Maastricht Proclamation.”

This new Covenanting movement has two fronts, one legal, the other spiritual. Annett calls these fronts the “two arms of liberation”.

“Humanity is sick and dying, from the inside out, because we have forgotten our innate sovereignty and our bond with creation and the Creator. Nobody can mediate or create that bond for another, and justice is an empty shell without the personal capacity to be a just and virtuous man or woman. Benjamin Franklin said that only a virtuous people could be self-governing, for with personal corruption always comes political tyranny. So the new Covenant recognizes itself as both a new law and a new spirit, one supporting and feeding the other.”

In the wake of the Maastricht Proclamation, this re-covenanting movement,The Covenanters, is working actively to establish both common law courts and self-governing communities on the land that have declared their independence from existing authorities. As the seed of a new world, the Covenanters are working now in twenty one countries alongside the International Common Law Court of Justice and its Tribunal sponsor, the ITCCS.

As for Kevin Annett, he is clearly a happy man.

“It’s been a long night, but it’s always good to see the day break”. 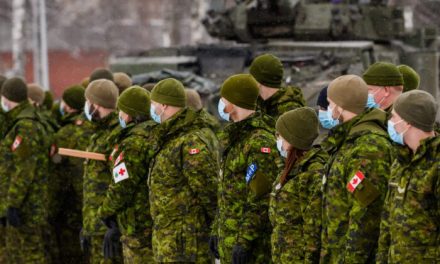 GET READY! THIS CALL SHOCKED US ALL!