accounting for the co-occurrence of EHS and MCS

1. Opening of the blood-brain barrier

Indeed, a predominant central feature of EHS and MCS may be due to opening of the blood-brain barrier (BBB). As indicated above a natural opening to the brain is through the olfactory nerve channel, allowing the passage of airborne organic or metal compounds directly along the olfactory nerve, thus into the limbic system, as it is the case for MCS. A second pathway is acquired as a result of a direct effect of electromagnetic radiation through the cranial wall, as may be the case in EHS; and / or as the indirect effect of toxic organic chemicals or metals having first crossed the intestinal barrier, thus entering the blood stream and finally crossing over the BBB, enabling a second neurologic type mechanism for MCS.

Taking into account the above description of opening the BBB, we hypothesized that in EHS as well as in MCS patients, there are: (1) the induction of an EMF and / or chemical-related intra-cerebral neuro-inflammation, mainly constituted of mast cells as has been shown in Alzheimer’s disease; (2) the destruction of astrocytes caused by a direct effect of EMFs and / or toxic chemicals having passed the blood-brain barrier (astrocyte damage may also be induced by the neuro-inflammation); and (3) the occurrence of a compensatory reactive gliosis – i.e. the proliferation of glial brain cells – as has been identified in animals and reflected indirectly by our patient investigations.

Note that the effect of EMFs and / or chemicals in the brain can trigger two possible different consequences at a cellular level:

• When the reactive gliosis does not compensate the EMF and / or chemical-associated destruction of glial cells thus some neurons may be destroyed, therefore leading to the occurrence of a neuro-degenerative disorder such as Parkinson’s or Alzheimer’s type diseases.

• When the reactive gliosis chronically over-compensates for the destruction of glial cells a brain tumor such as astrocytoma or glioblastoma can evolve, due to the critical occurrence of driver mutations during glial cell proliferation (gliosis).

At a molecular level, different patho-physiologic mechanisms are possible that may account for the co-occurrence of EHS and MCS, including that of excess free radical production.

The hypothesis we propose is based on data we obtained through the exploration of many patients with MCS and / or EHS. As shown in the diagram below, we hypothesized that the abnormal production of histamine and / or of other vaso-active molecules plays a major role in the genesis of the cerebral hypoperfusion we observed. Histamine should not only be considered as a molecule involved in allergy, but it is also a neurotransmitter essential for nerve impulse transmission. It is well known that under the influence of physical and / or chemical stimuli, not only mast cells in inflammatory areas but also neuro-glial cells and even certain neurons produce and release histamine in the tissue micro-environment. Thus, according to our hypothesis, histamine and / or other vaso-active substances produced locally due to the effect of EMF or chemical exposures on brain (through the opening of the BBB) would induce cerebral hypoperfusion, as we have observed in EHS and MCS patients of our series.

Underlying inflammation and hypo-perfusion excess free radicals may be produced, at two levels:

– under the influence of EMFs and / or of chemicals, inflammatory cells trigger the production of histamine (or other vasoactive substances) in particular from mast cells;

– as a consequence of cerebral hypoperfusion, anoxia releases histamine or other vasomotor substance from mast cells and / or from cells involved in the reactive gliosis (glia cells) release.

Thus, EMFs or toxic chemicals may generate a positive feedback loop resulting in the production of very large amounts of free radicals in the brain. These may cause, after a period of reversibility, the progressive constitution of irreversible anatomical lesions, ultimately leading to either significant neuron destruction in certain brain areas (e.g. the limbic area) hence to the possible evolution towards either a neurodegenerative disease; or an intensive reactive gliosis with the possible consequent evolution of a brain tumor.

4. A key role for the limbic system? And/or the thalamus?

The possible existence of a neuro-inflammation localization in the brain and the formation of irreversible glial and / or neuronal damage are therefore crucial pending questions, and answering these questions can determine the causative contribution of EMF and / or chemicals to the genesis of the present neurologic pathology. The observed clinical symptoms and the hypoperfusion via cerebral echo-Doppler in electro-hypersensitive and / or MCS patients indicate a predominant role of the limbic system (olfactory trouble, cognitive troubles with memory loss, loss of emotive control, irritability) and / or of the thalamus (impaired superficial and / or deep sensitivity although these intra-cerebral structures may not be exclusive.

5. Arguments for an pre-Alzheimer state from EMF

Epidemiological studies have shown that long-term low or extremely low frequency EMF exposure is associated with the occurrence of Alzheimer’s disease; and pathological studies show the earliest neuro-inflammation lesions in Alzheimer’s disease are located precisely in the limbic region. Given also the clinical picture observed in patients claiming to be EHS and our brain hypoperfusion results, we concluded that EMF intolerance with EHS may in fact correspond to a “pre-Alzheimer’s state”. Primary prevention of this condition requires first appropriate EMF eviction measures; as early as possible treatment with anti-histamines, antioxidants and brain vascular expanders, and other central nervous system tonics. Neuro-toxicity research should be encouraged as chemicals also can induce the opening of the BBB and consequently a brain neuro-inflammation. Our hypothesis is supported by the experimental and epidemiological that Alzheimer’s disease is associated with the toxic effects of certain chemicals – especially mercury – and organochlorine pesticides.

6. A role of EMFs and of toxic chemicals in then induction

Some of our clinical observations argue in favor of the isolated or combined role of EMFs and of certain chemicals in the genesis of Alzheimer’s disease and other “neurodegenerative” diseases, such as certain forms of Parkinson disease (which should more accurately be classified as “parkinsonian syndromes”), certain forms of multiple sclerosis and of amyotrophic lateral sclerosis (in which the possibility of auto-immune mechanisms has been pointed out), and some other types of neurological disorders such as epilepsy, which is known to be triggered possibly by electromagnetic fields, in particular in its temporal form.

But let’s stress that at the stage EHS is usually seen – the prodromal phase – the clinico-biologic abnormalities that are observed are generally reversible by using treatment preventive measures; and that the evolution towards an Alzheimer’s disease or towards other irreversible neurologic disorders occurs only in the case of no early prevention and treatment.

However although under treatment the intolerance-related clinical symptoms and the biologic abnormalities regress and disappear, electro-hypersensitivity itself remains. That implies that the treatment must be carried on, usually for several years and that in any case it should emphsize the early withdrawal of electromagnetic and chemical sources, i.e. as thoroughly as possible in the framework of effective primary prevention. 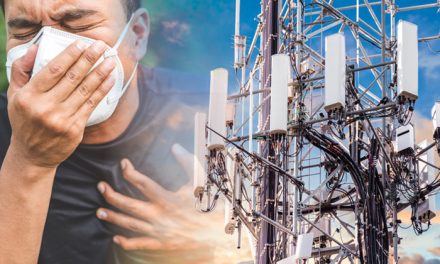 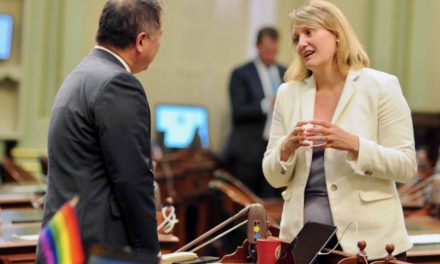