Die-off of birds all over Alaska beaches, floating in Pacific — “They seem to be starving” — Record-breaking spike in rescues, “such a dramatic increase” — Deformed and abnormal animals reported 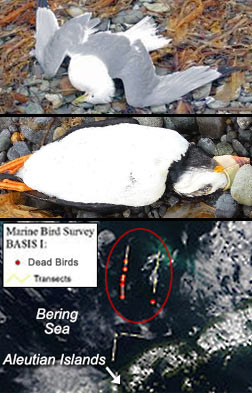 KBBI, Aug 4, 2015 (emphasis added): Bird Death Reports Are Up In Homer, Food Sources Possibly To Blame — The Alaska Maritime National Wildlife Refuge is receiving multiple reports indicating a significant increase in dead and dying birds found on beaches… Leslie Slater is the Gulf of Alaska Unit Biologist for the Alaska Maritime National Wildlife Refuge… says there are a lot of potential reasons for the increase in fatalities but the prevailing cause is likely tied to the birds’ food

sources. “What we’re seeing more precisely is that birds seem to be starving. That’s sort of the ultimate cause of their deaths but something might be happening before that… biotoxins can build up through the food chain and ultimately cause the deaths of these birds.” These deaths don’t seem to be isolated to Homer’s beaches. There are reports of similar deaths down the Alaska Peninsula and the eastern edge of the Aleutians. Slater says it’s possible they could be related to dead whales found near Kodiak… She warns the public not to touch dead birds because they could be carrying disease.

KHNS, Jul 13, 2015: The American Bald Eagle Foundation in Haines has seen such a dramatic increase in bird rescues that they’re asking for the public’s help [fusion_builder_container hundred_percent=”yes” overflow=”visible”][fusion_builder_row][fusion_builder_column type=”1_1″ background_position=”left top” background_color=”” border_size=”” border_color=”” border_style=”solid” spacing=”yes” background_image=”” background_repeat=”no-repeat” padding=”” margin_top=”0px” margin_bottom=”0px” class=”” id=”” animation_type=”” animation_speed=”0.3″ animation_direction=”left” hide_on_mobile=”no” center_content=”no” min_height=”none”][to] respond to the unusually high number of injured birds… “Yeah it’s been a wave of birds, just very intense,” said raptor curator Chloe Goodson… in the past, they’ve been called to one or two bird rescues throughout the entire year… “Recently there’s just been an explosion of birds,” Goodson said… Alaska Raptor Center in Sitka [said] that June was their busiest month ever… they don’t know what is causing the dramatic increase… “food availability might not be as good as it has been in previous years.”… bird watcher and counter Pam Randles [says] she’s observed more desperate behavior in birds searching for food. She’s seen birds fighting over food, eagles trying to steal fish from people, and other risky behavior…

Alaska Raptor Center, Jul 7, 2015: … the busiest June we’ve ever had with 20 bald eagles arriving with injuries or illness. July looks to be even busier with six eagles already… 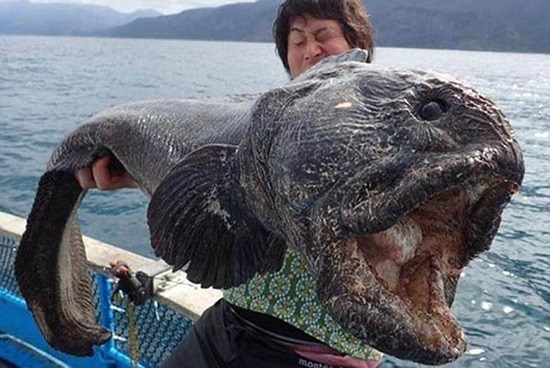 Fukushima: Will You believe Your Own Eyes: Offical Pictures Of Reactor 4 March 5th 2016