Recently, constitutional lawyer Rocco Galati won yet another round of appeals set forth by the Bank of Canada in a case involving two Canadians who filed an action in federal court to restore The Bank of Canada to its original purpose and operations. This is a very significant story but you probably haven’t heard of it. Why? The mainstream media and government have blacked out the story for reasons that appear to stem from fear of how the public will react to realizing they’ve been systematically enslaved for decades.

The initial federal court filing took place on December 12th, 2011 by  Canadian constitutional lawyer, Rocco Galati, on behalf of Canadians William Krehm, Ann Emmett, and COMER (Committee for Monetary and Economic Reform). The filing is intended to “restore the use of the Bank of Canada to its original purpose, by exercising its public statutory duty and responsibility. That purpose includes making interest free loans to the municipal/provincial/federal governments for “human capital” expenditures (education health, other social services) and / or infrastructure expenditures.”

According to WestCoastNativeNews: (Note: Website may temporarily be down)

The plaintiffs state that the defendants (officials) are unwittingly and/or wittingly, in varying degrees, knowledge and intent engaged in a conspiracy, along with the Bank of International Settlements (BIS), Financial Stability Forum (FSF), International Monetary Fund (IMF) to render impotent the Bank of Canada Act as well as Canadian sovereignty over financial, monetary, and socio-economic policy, and bypass the sovereign rule of Canada through its parliament by means of the banking and financial systems. http://www.pacificfreepress.com/news/1/10573-confronting-global-finance-in-canadas-courts.html

The truth is, The Bank of Canada used to issue debt free loans to the government, which meant that the nation would not go into debt to private banking institutions. When that changed, private bankers/corporations essentially gained control and ownership of the country.

As stated by constitutional lawyer Rocco Galati in the video below, sources have indicated to him that the government will often instruct the mainstream media, when it comes to certain stories, as to whether or not they can cover the story or how they should go about covering it. This means that government can effectively control the media and hide information from the public whenever it likes, unless it trickles through alternative news sources like what you are reading right now.

Why This Is Important

Although not the ultimate solution to the world’s challenges, this is significant because it shows how serious the public is getting about wanting to change the way our current system operates. It also indicates a clear shift in public knowledge about how our system and infrastructures work. The more the people know, the more they seem to be demanding change.

This begs the questions: why is this information being kept quiet? How has it been hidden for such a long time? Why would our governments be making decisions about things that greatly affect the average person without them having any vote, knowledge, or choice in the matter?

In my view, it goes back to the fact that there are leaders in our world, beyond government, who are systematically manipulating various systems and structures in across the globe to control the population. Once viewed as wild conspiracy theories, this understanding is becoming not only self-evident, but publicly accepted knowledge as well. This latest case helps to illustrate how these ‘elite leaders’ are intentionally making moves that are not beneficial for the people whatsoever.

The bottom line is, we are seeing a positive shift in awareness and consciousness as people begin thinking about and seeing our world differently. This is fuelling action that I believe will lead towards a freer and better world.

Check out the video below for the latest update on recent appeals that are now heading to the supreme court for further ruling.

Satanic Pedophilia Network Exposed in Australia — It Starts at the TOP, Just Like in the USA and UK [VIDEO] 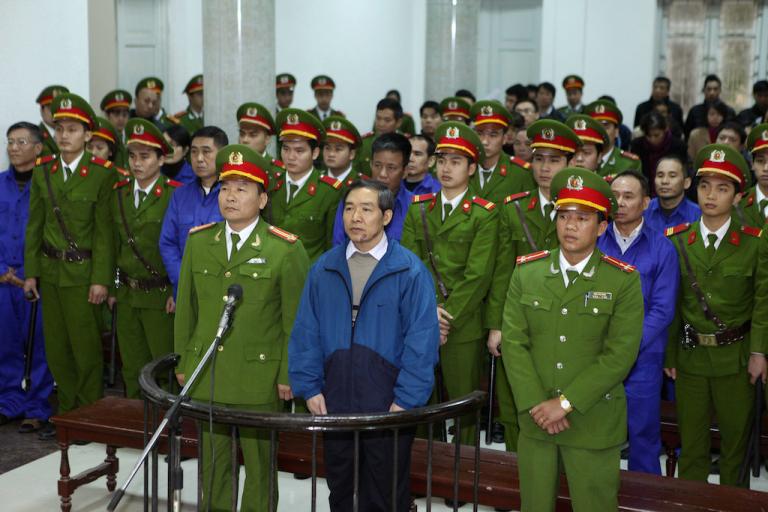 Vietnam is sentencing corrupt bankers to death, by firing squad