“You have been negotiating all my life!” This powerful cry from a 21 year-old female Dutch activist set a precedent for the way citizens deal with the false promises, corruption and greed of their political leaders. Today, for the first time in history, people have bypassed their local representatives in power and headed directly for the law courts to get their voices heard. The best bit? They won!

This all began when the above-mentioned activist, Anjali Appadurai, stood up at a UN climate change conference four years ago and addressed her leaders in the Netherlands (and others throughout the world). Her passionate voice, full of anger and frustration, made a huge impact and mobilized a generation. She was fighting for action on climate change and referencing the fact that over two decades of talks had failed to reach the point of conclusive action.

Today, that unthinkable dream was realized by the 886 Dutch activists who campaigned long and hard to see justice for generations to come.

The Guardian reported that the decision could ‘inspire a civil movement.’  James Thornton, chief executive of environmental law organisation ClientEarth, told the newspaper: “A major court has broken through a political and psychological threshold…It is remarkable.”

Thornton said: “The case returns to the fundamental power of the court to prevent harm. Every country in the world has [this] law.” Thornton says that many others are currently considering climate litigation cases.’

The video from End Ecocide On Earth asks whether states have a constitutional obligation to protect the environment. Is it possible to hope this could be the way our arguments with governments are settled from now on? Is it possible that other judges around the globe would back citizens on urgent issues such as fracking and other ecocidal, greed-fueled actions? Is it possible that with each small success, politicians begin to listen to us?

Please share this game-changing news from Europe, and let us know your thoughts in the comment section. 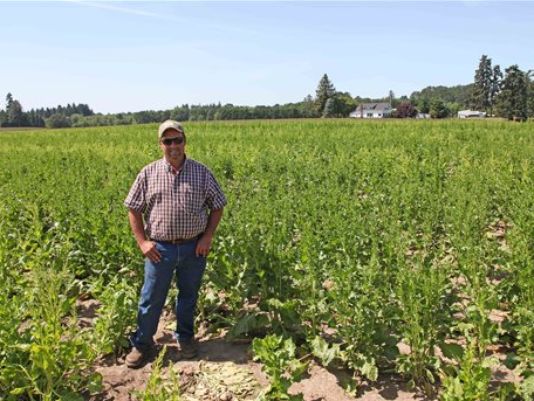 Oregon hopes to be first state to map GMO fields