I have been asked (indeed, hounded) by people desperately searching for reliable
guides to inform their actions in favor of restoring the land-based and lawful
government we are all owed.
This in turn requires some basic understandings, and rather than explain this to each
of 390 million people, please read, post, and pass this on.

All forms of law except Natural Law (Law of Gravity, Law of Heredity, etc.) come
from religion. This is because our religion establishes what we consider “right” and
“wrong” and that in turn establishes our Law.

The Law of the Land in the Western World is based on the Mosaic
Law of the Bible,
which is common to Judaism, Christianity, and Islam. The Ten Commandments are
the basis of the Law of the Land, which in this country is American Common Law.
The Constitution is also formed under Common Law and is called
the “Law of the
Land” by the Federal Government to distinguish it as the “law” that they must obey
when dealing with us, the people of the United States, and our unincorporated states
on the land known as the States of America. 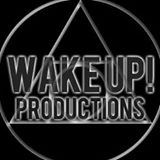 By The ‘Consent of the Governed